This weekend we found ourselves wanting to head out and get a night of camping in but given the holiday weekend, I was not real enthused about it.  I had to work Friday so no long weekend for me which limited our range.  I decided we'd just head out into the northwestern part of the Oregon Coast mountain range (Oregon State Forest) and see what sort of spot we could find.  This would likely be a boondocking adventure.  We readied the camper Friday night and I even gave the inside of the camper a good water flushing just to be sure she was clean (don't ask!). I packed a couple .22 rifles for entrainment in case we found a place where we could do a little shooting to pass the time.

We headed out at 0600 and headed west.  There are some official campsites along the upper reaches of the Trask River so I thought we'd check those out just to see how busy the are was... they were all full as I figured so off into the boondocks we went.  This area is all logging type roads that are single lane and twisting and winding as they follow the contours of the land.  There are quite a few clear cuts as this area is actively logged so I figure we'd head up to gain some elevation and try to get a room with a view. 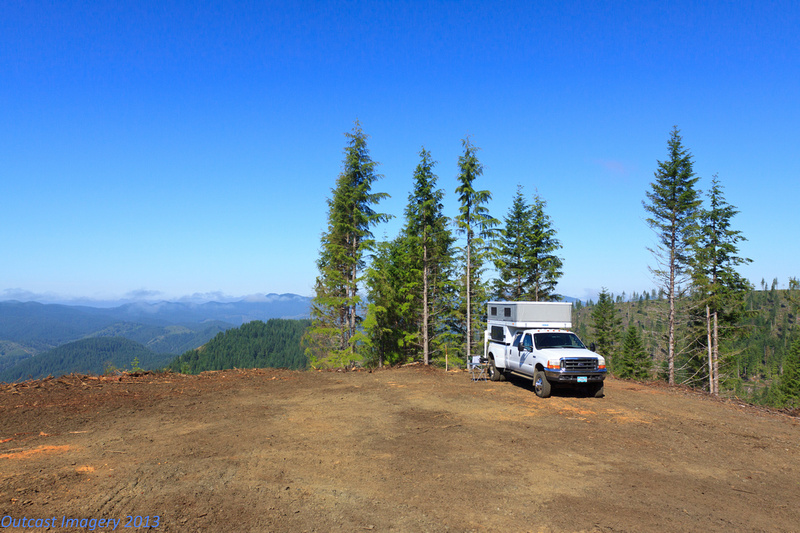 This landing was at 2600ft and had just been cleaned up although the area was clear cut a couple years ago.  The good thing about being up here is firewood is everywhere.  This part of Oregon so far, is not under any campfire restrictions, just a precaution level which means you need to carry a shovel, ax, and water (which I always do anyway). The area behind me in the above photo had a great backstop for shooting so we were set. 10 minutes and camp is set up.  (I love my FWC!) 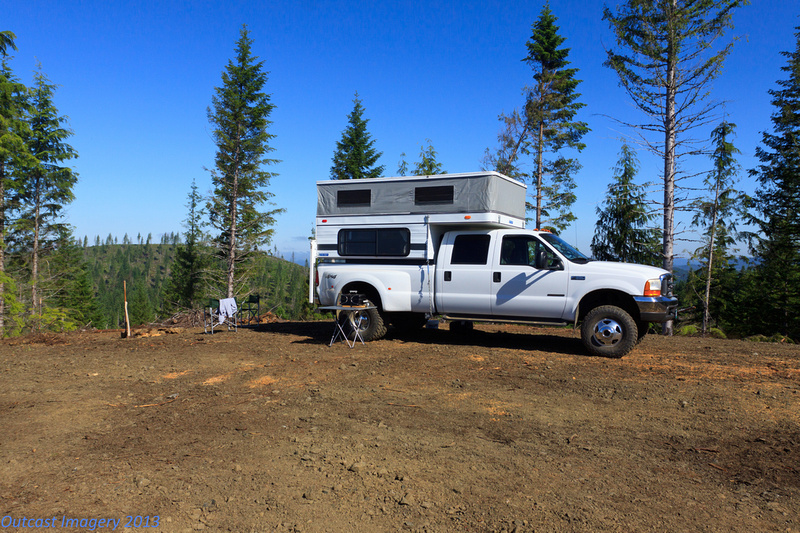 Our view from right to left... 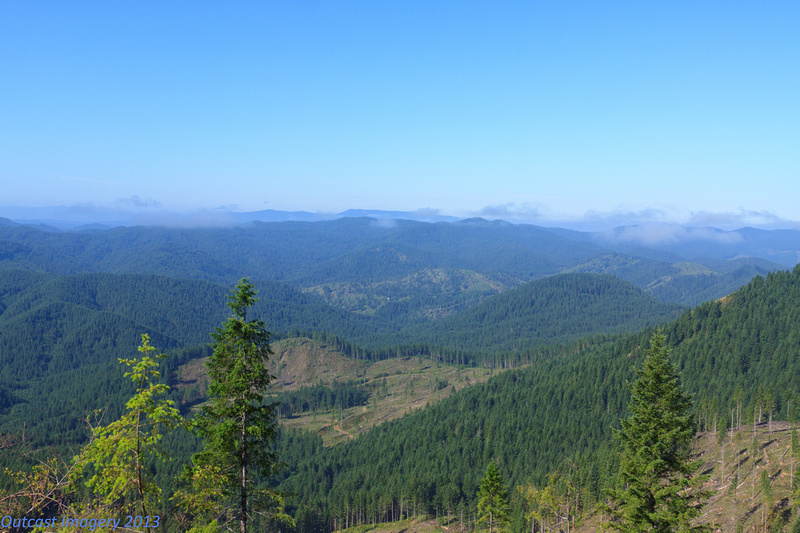 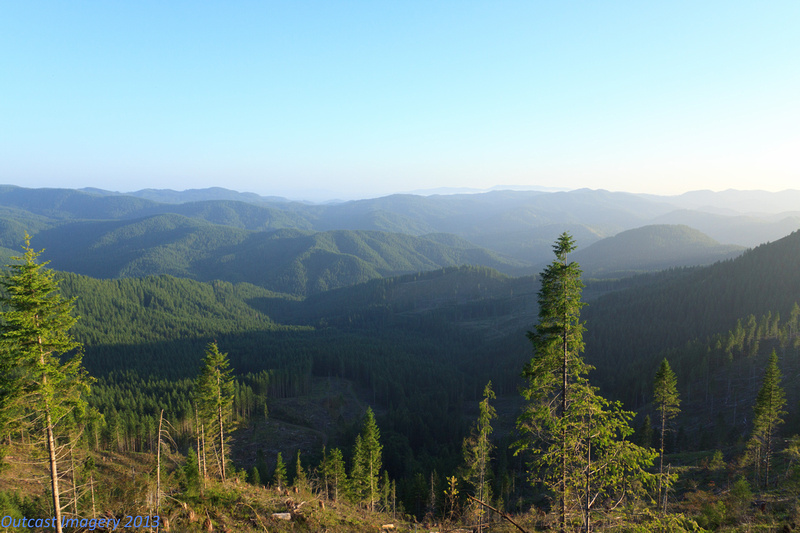 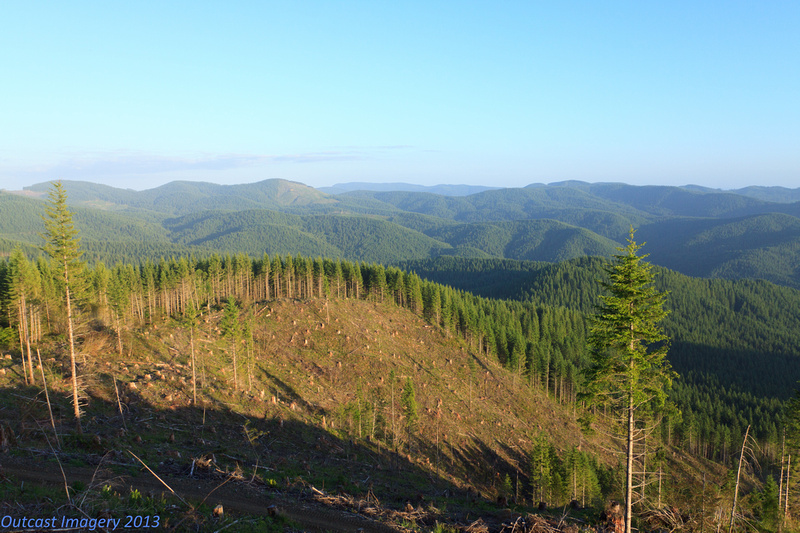 The day was capped with a nice dinner which included fireside grilled salmon and a few adult beverages.  If possible I'd rather cook over an open fire than light up the little Weber gas bbq. 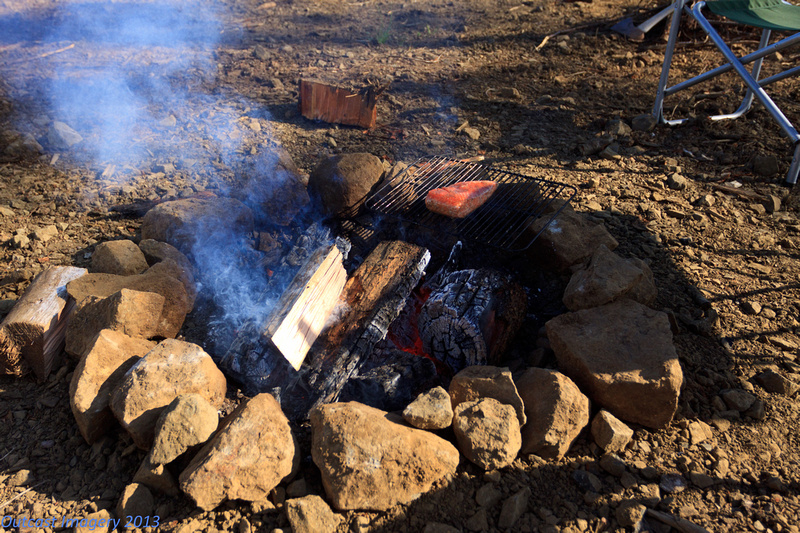 Thoughout the day I spent some time walking around and glassing for deer and elk.  As dusk approached I started glassing again and spotted a couple of does feeding below us.  I ranged them at 212yds.  A little while later we could hear some limbs snapping and spotted a nice herd of elk.  No bulls that I saw but several of the cows had nursing calf's.  Ranged them to be 498yds from us.  Sorry no photo's of these.  Turned out to be a pretty great spot to camp. 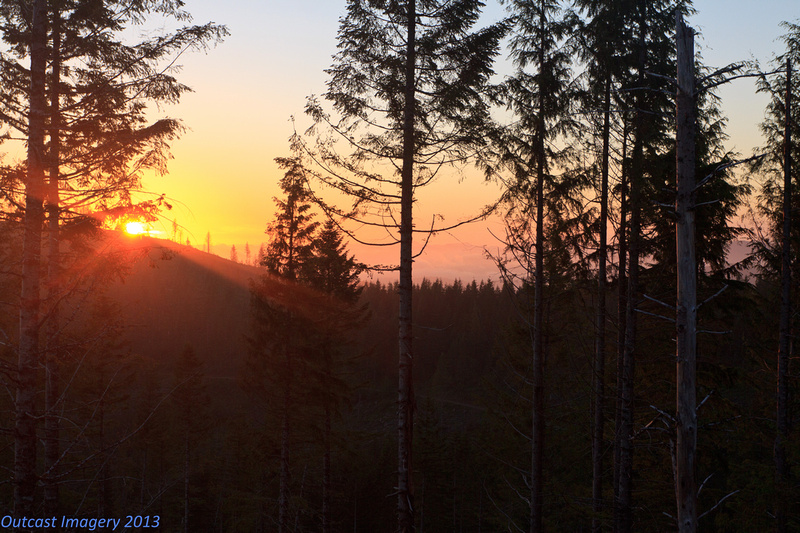 It's hard to see but we had an onshore flow last night as our heat wave has since passed so as the sun set, we could see the fog slipping its way inland and filling the valleys below.  Did we have enough elevation to wake up above the clouds or would we be socked in the pea soup? 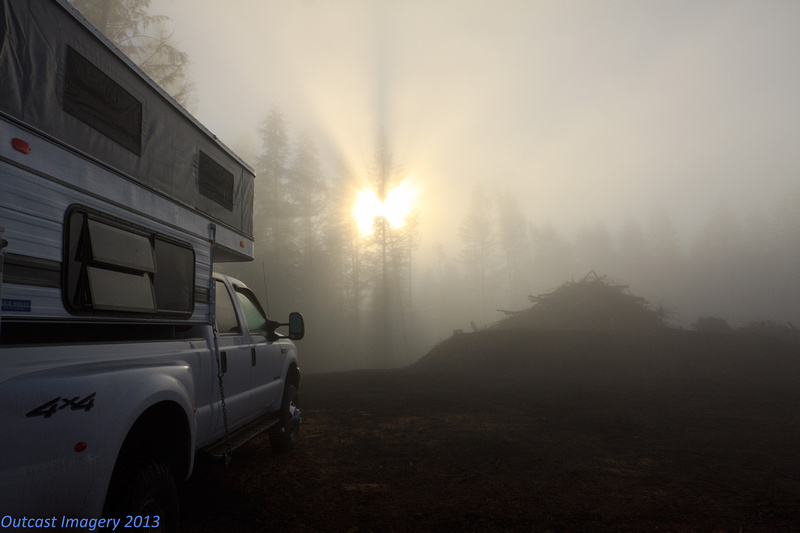 Pea soup it is...  The fog was thick and didn't burn off until about 1100 or so.  It was nothing a fire and a good breakfast couldn't take care of.  All of this just 45 miles from home.  While the Oregon coast range is not grandiose like other spectacular parts of the country,  it's really what Oregon is all about and why I love it here.  We were all alone, had a great trip, and that's what counted.