Having taken care of the family obligations the prior weekend meant we had the 4 day holiday weekend free.  We've been having pretty good weather so we took the opportunity to head south and do a little exploring.  While I've been through the area around Coos Bay and Bandon, I've never spent any time there.  While many people were putting big birds in the oven, we hit the road.

Our first stop was a little beach at Heceta Head.  The weather was fantastic... 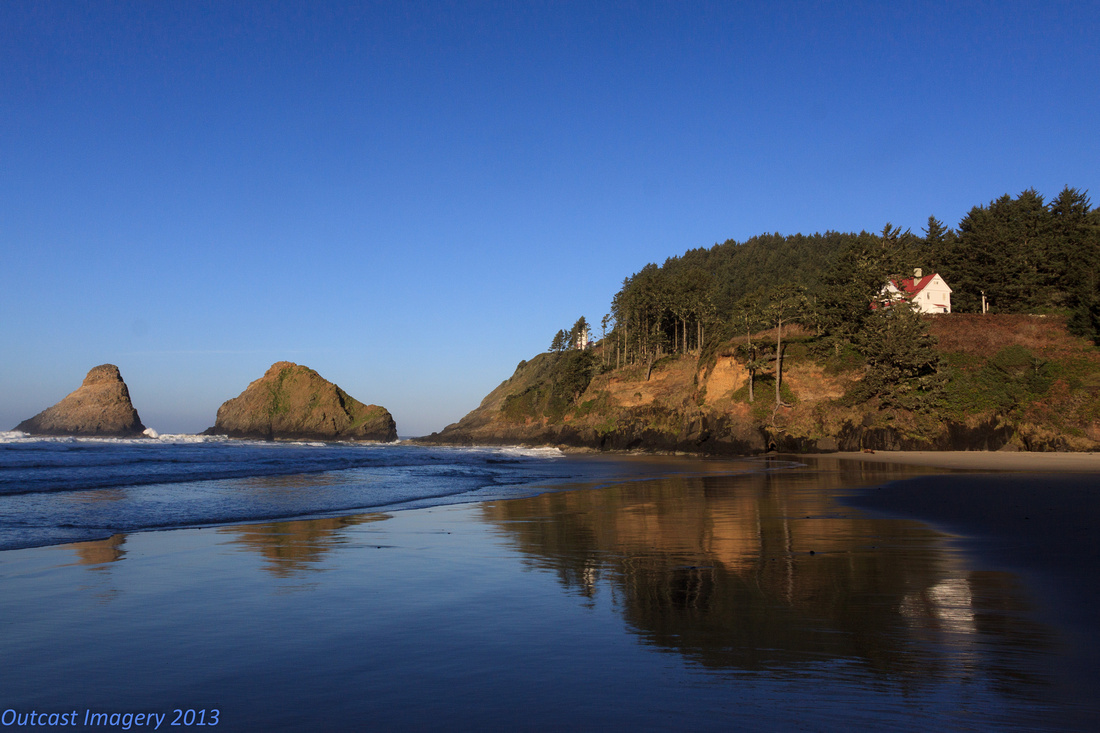 Along the way we checked out many of the Dunes National Recreation area sites.  We did some recon for future trips with our ATV's. 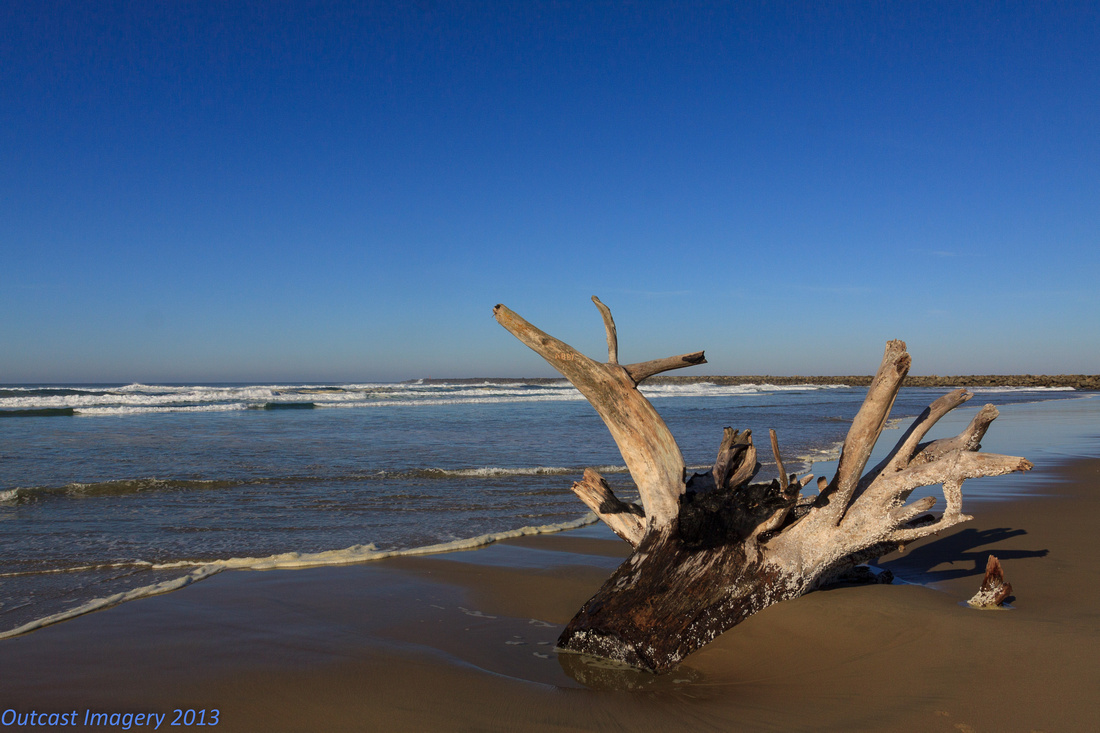 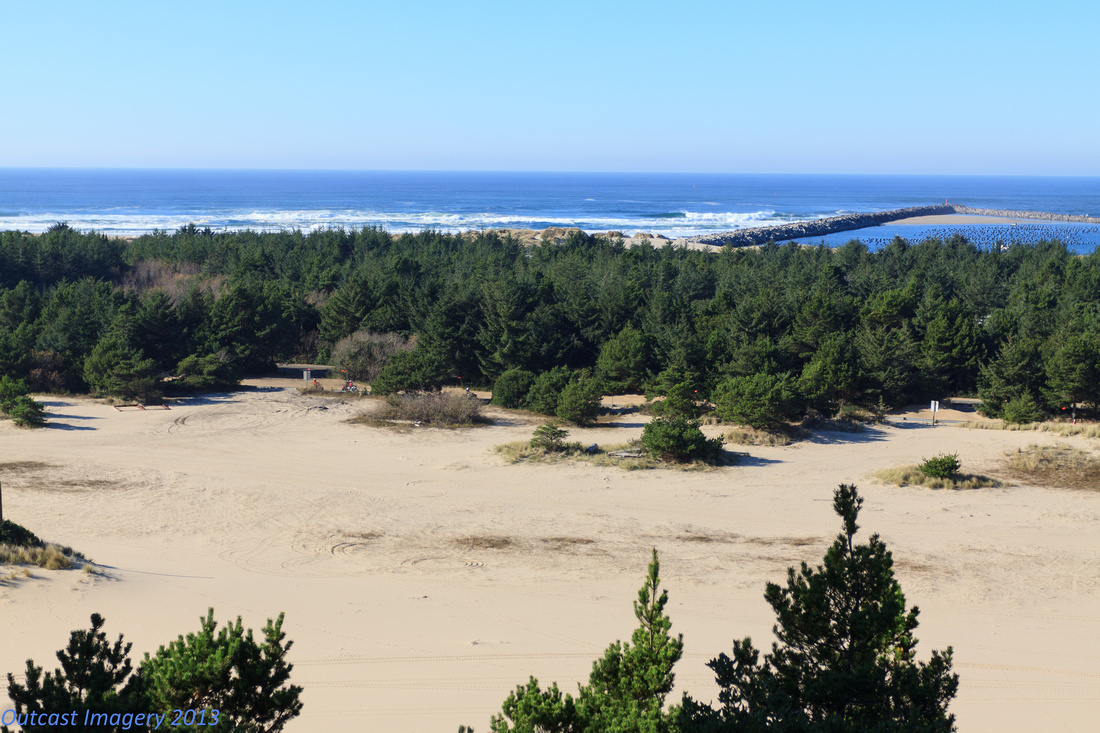 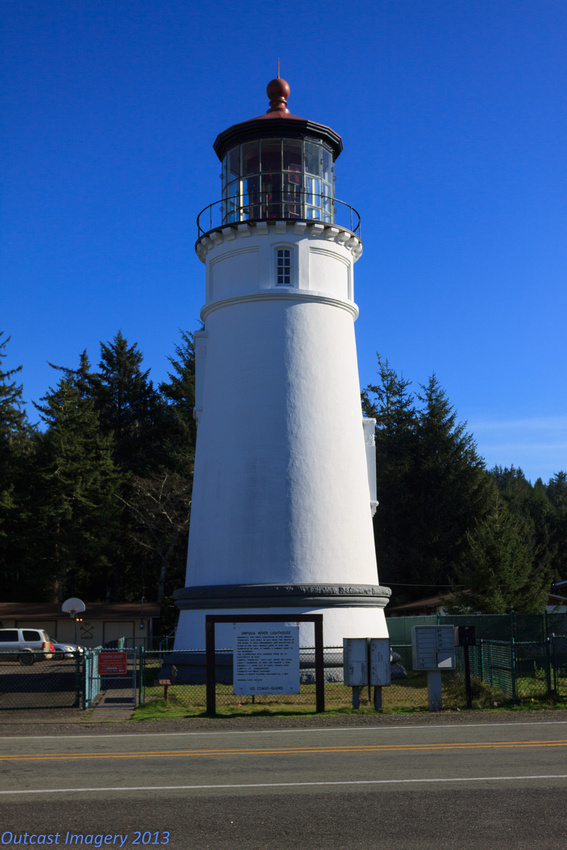 For this trip, the plan was to stay in state parks.  While I'm not a big fan of them because of the close quarters, you can normally get some separation in the off or "discovery" season.  With the short amount of daylight, having shore power to run a small heater and a laptop to watch a movie was welcomed. Watching movies isn't usually something I do while camping but when it gets dark at 1645hrs...it's something to do for a couple hours.  While a FWC is a fairly small space, it's quite cozy and with a Grandby, we didn't feel claustrophobic.  Our first night we'd stay Sunset Bay SP at Cape Arago.  The park was busier than I expected but we were able to find a decent site.  While the site was nice, noisy neighbors reinforced why I don't care to stay in them and wouldn't during the summer.  One of the attractions at Cape Arago is Shore Acres SP.  It's a botanical garden donated to the State years ago.  For the holidays they do an outstanding light display.  I had never seen it in person so I figured it would be a nice little surprise for Melissa. Of course there was prerequisite sunset shots. 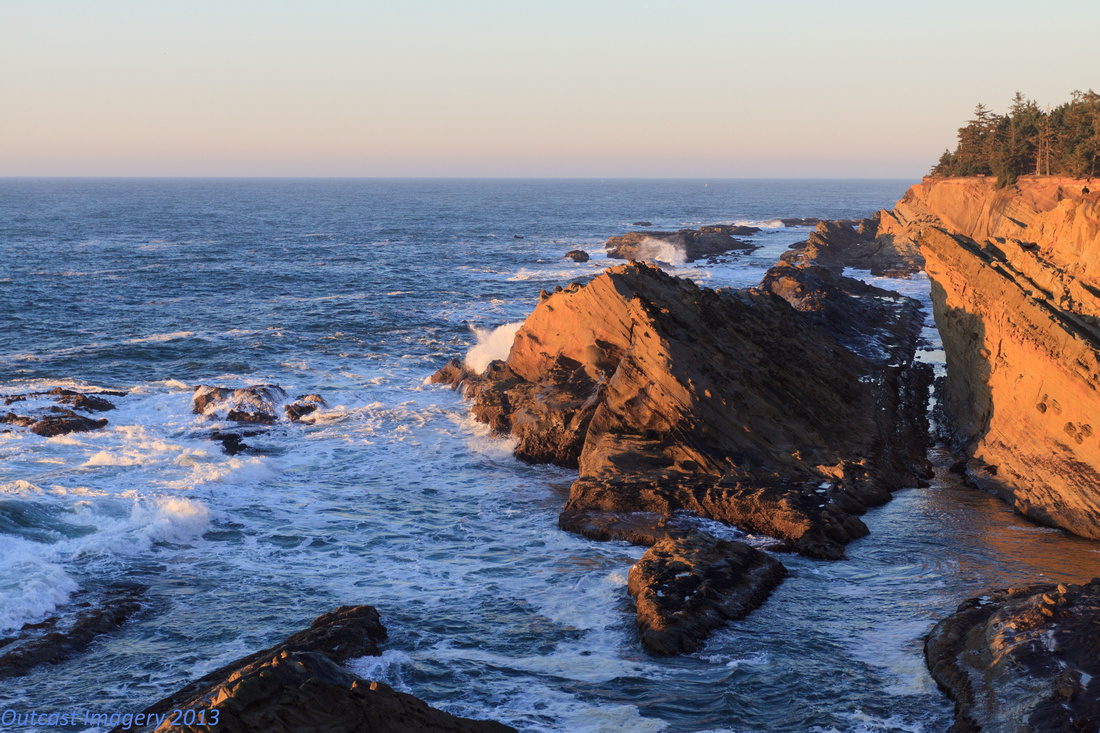 We even got a chance to see the "green flash" as the sun set beyond the horizon.  Pretty cool. 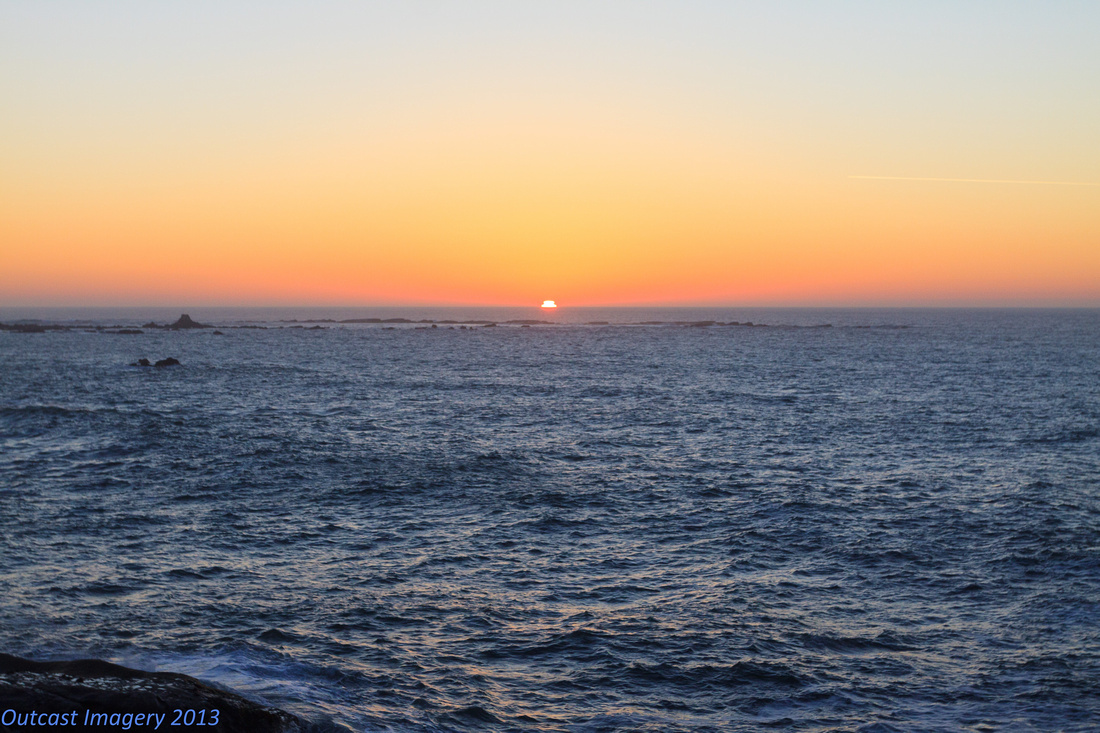 And to get into the holiday season...if you're into that sort of thing. 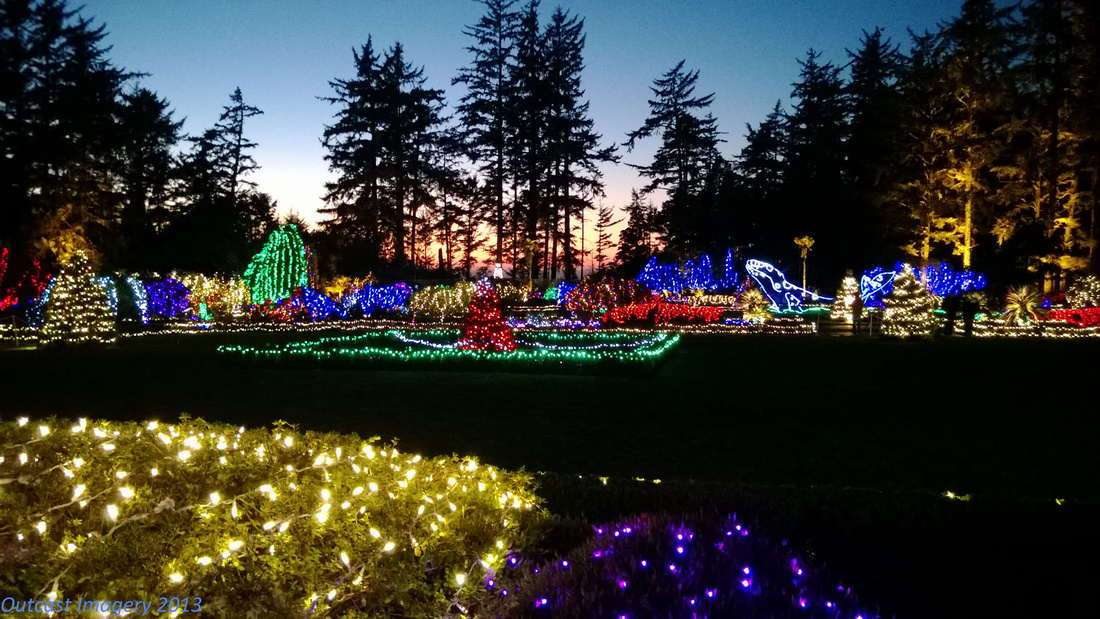 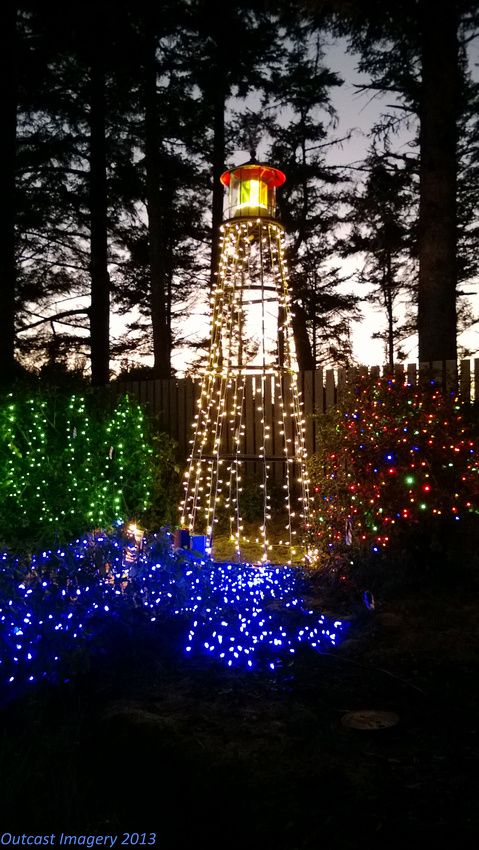 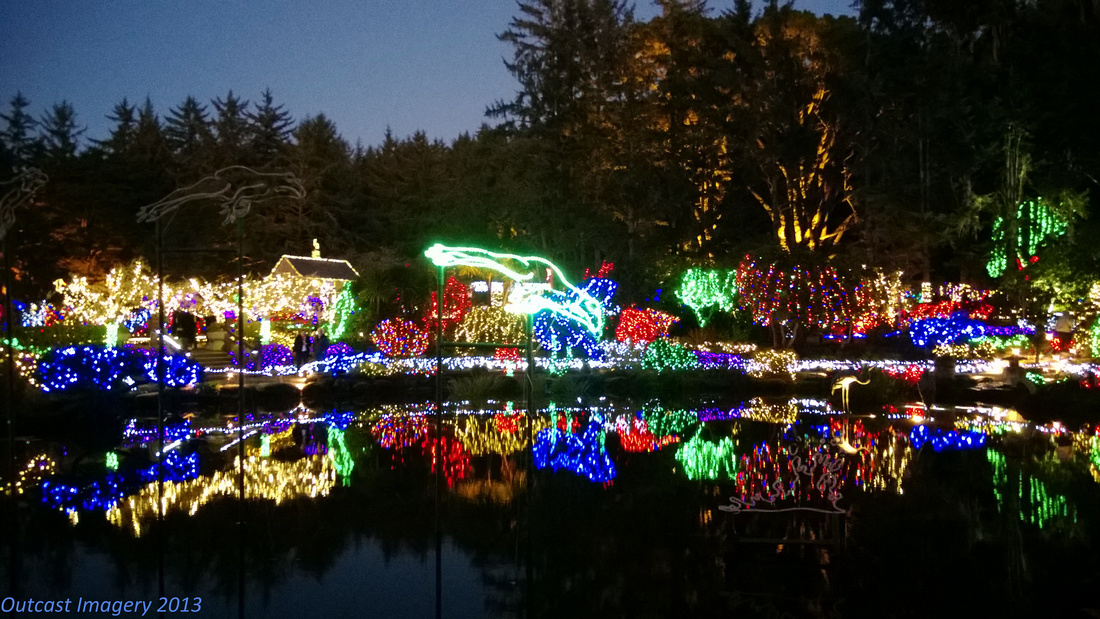 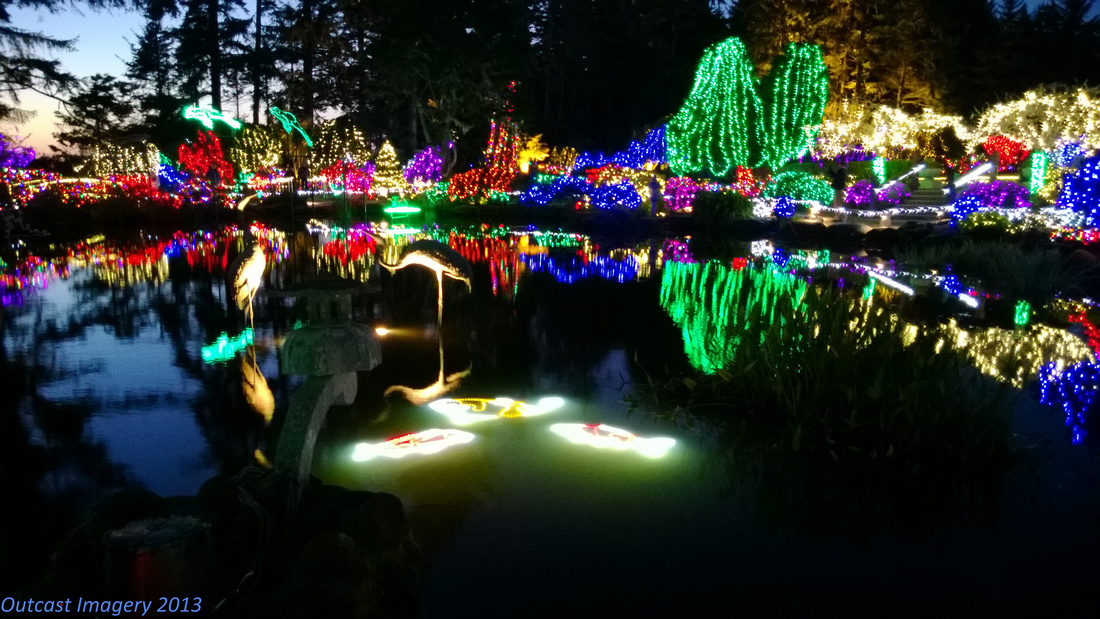 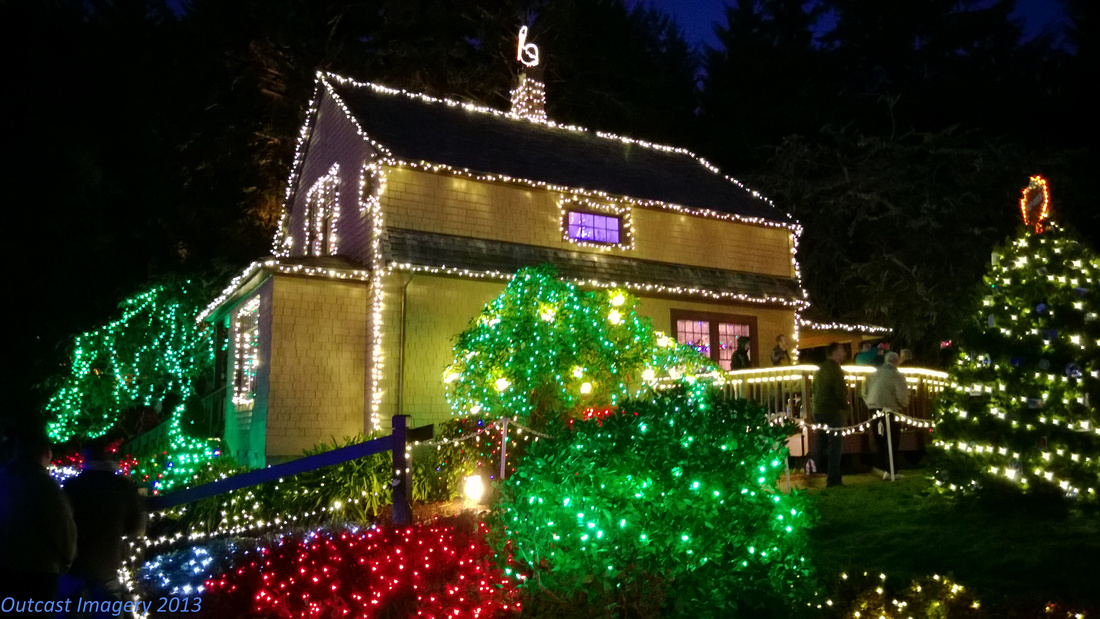 Being an early riser has it's benefits.  Kokanee and I had Sunset Beach all to ourselves...well almost... Those are seals in the bay checking us out. 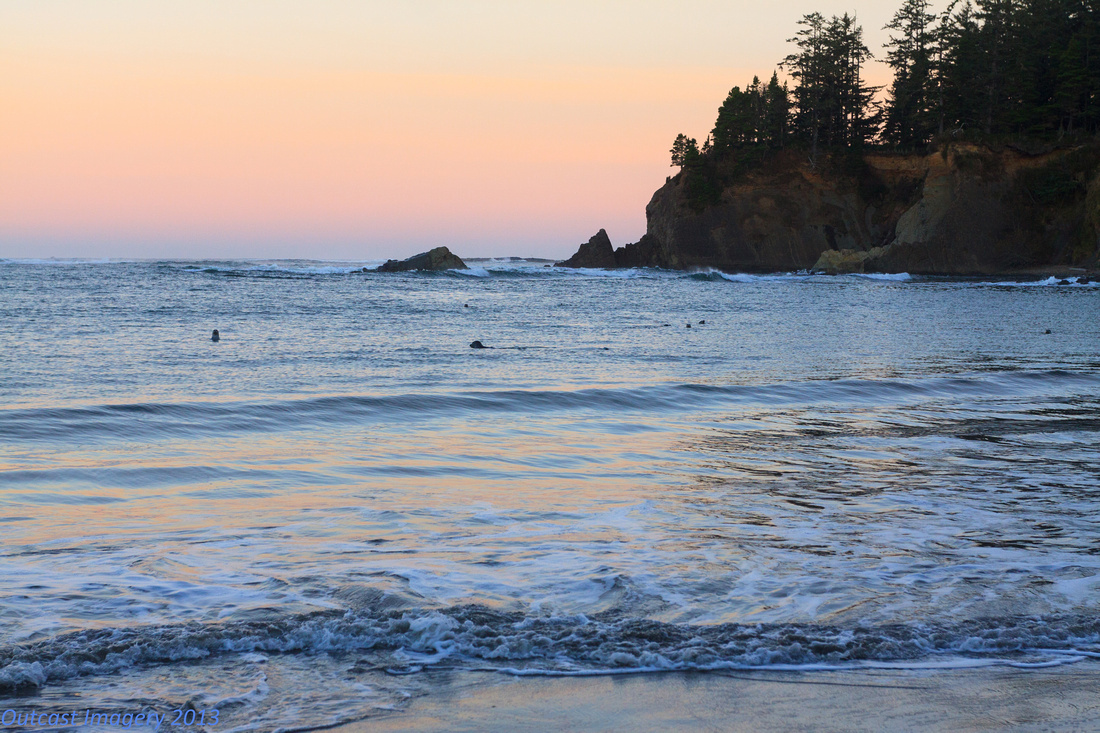 We bombed out of Sunset Bay soon after and headed to the actual Cape Arago and thought this would be a spectacular place for breakfast. 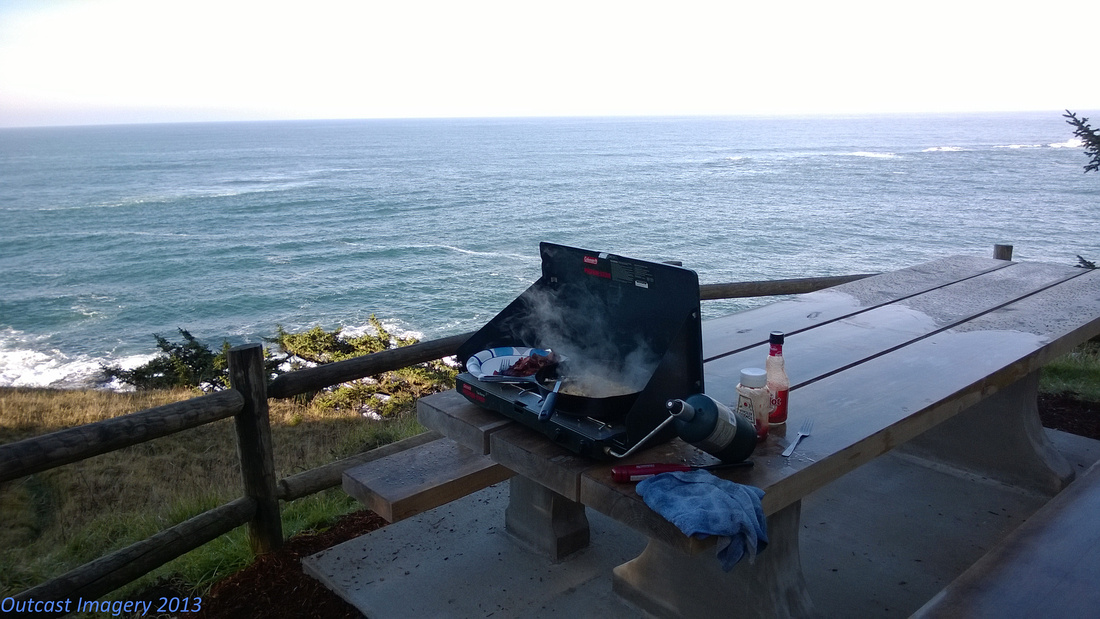 From here we headed south and spent some time in Bandon.  The plan was to spend the night at Bullards Beach SP that night.  When we did our drive though early in the afternoon we thought....uh.... no!  Let's head to Cape Blanco.  It's off the highway and it shouldn't be crowded at all.

We rolled in a little before sunset and my hunch was right... We picked a nice spot where with good buffers. It was a little different crowd here...one which we could relate to. We watched the sun go down, turned on the Civil War game, and made dinner by campfire light. 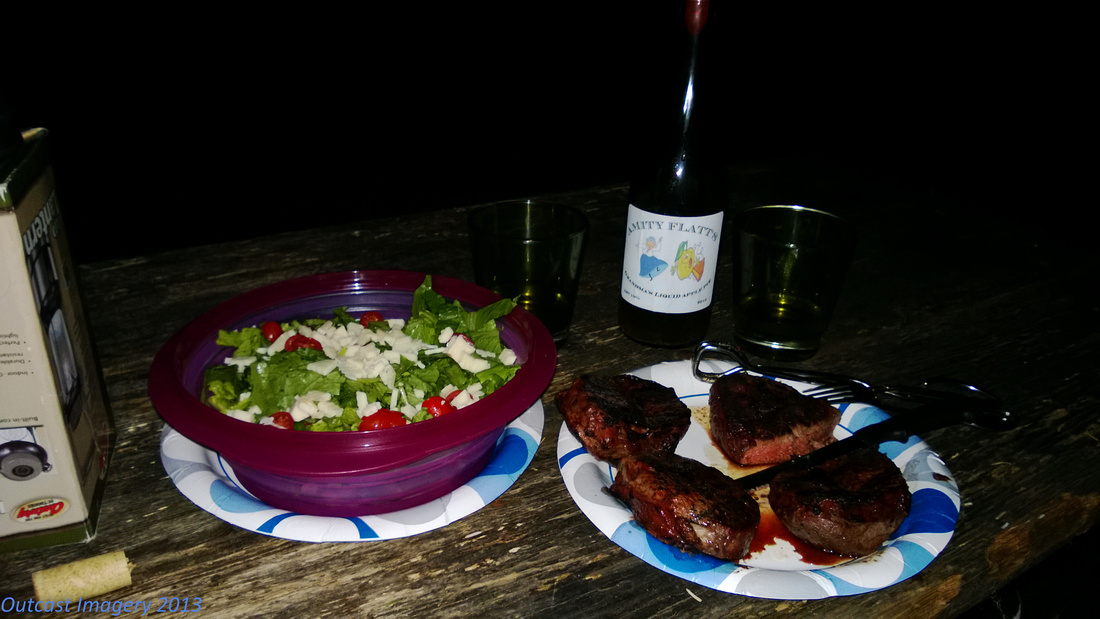 The next day we spent some time at Port Orford heads SP which was just down the road.  As the sign reads, it's got some historical Coast Guard significance. 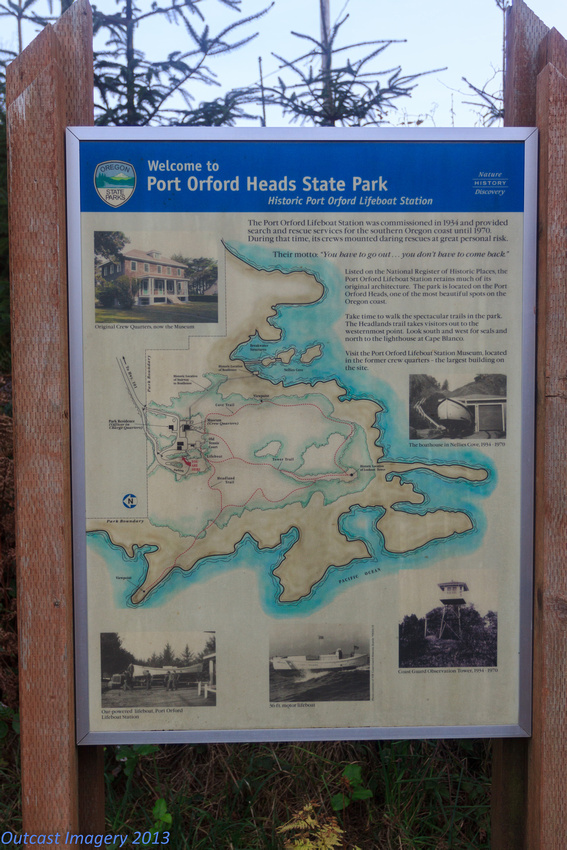 There is a system of short trails and there are some nice views. 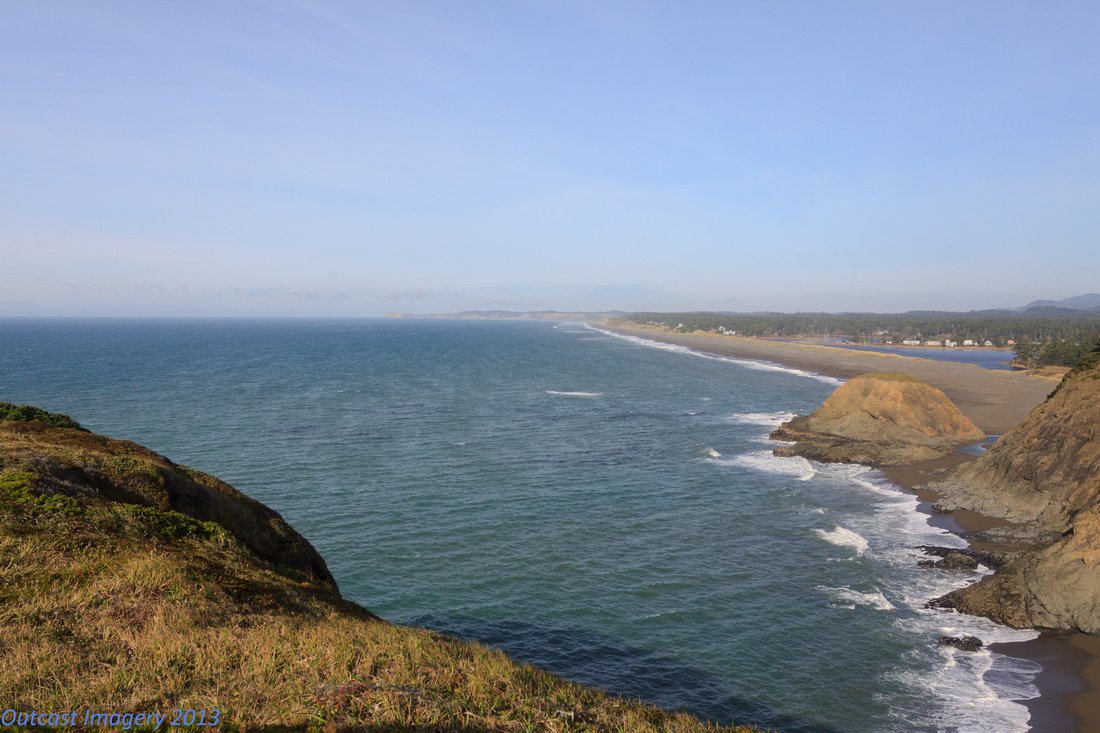 Below is the former site where the lifeboats use to be kept and launched. It's quite a walk down there. 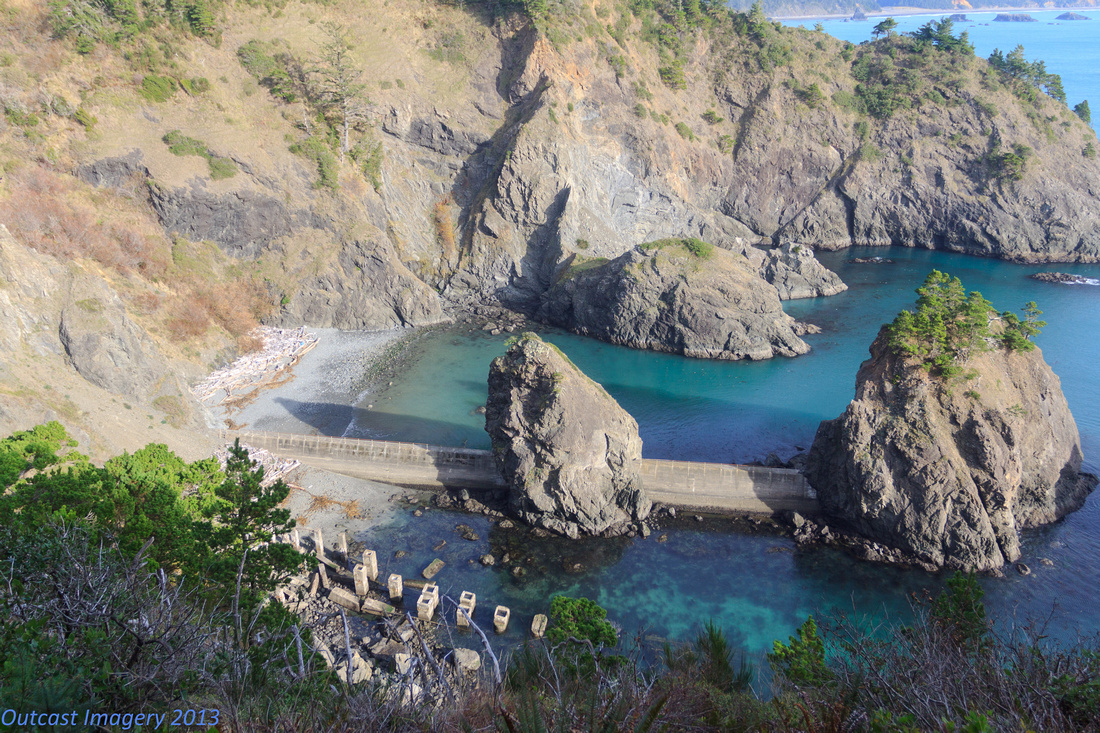 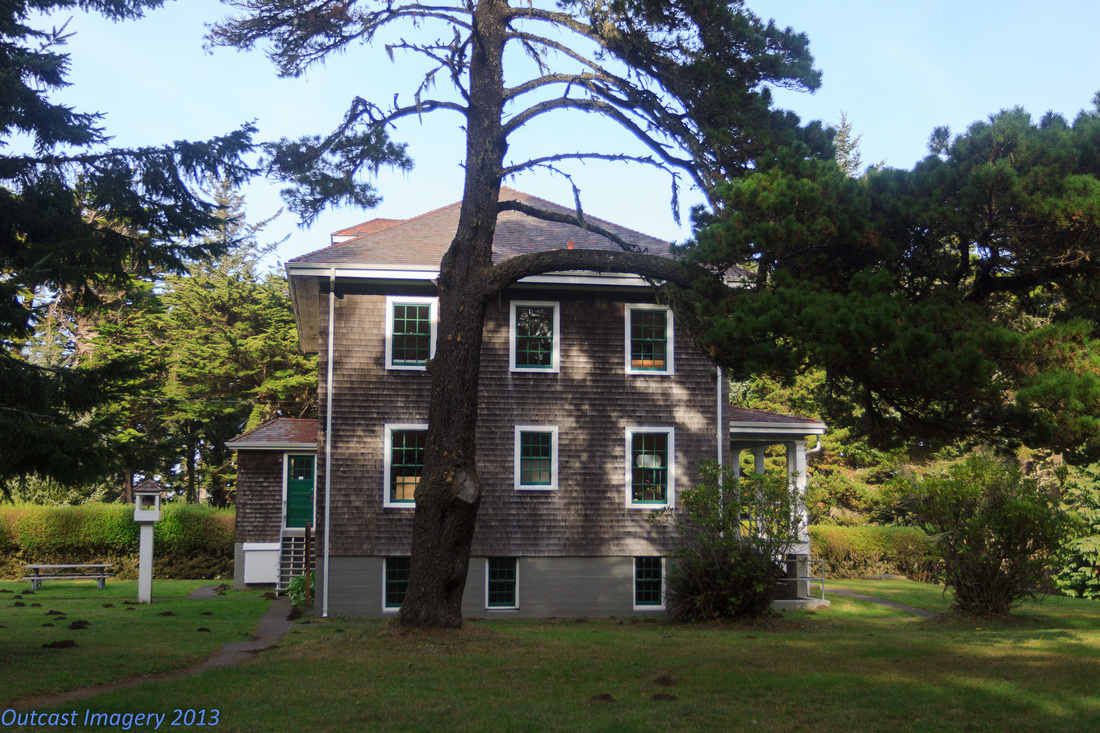 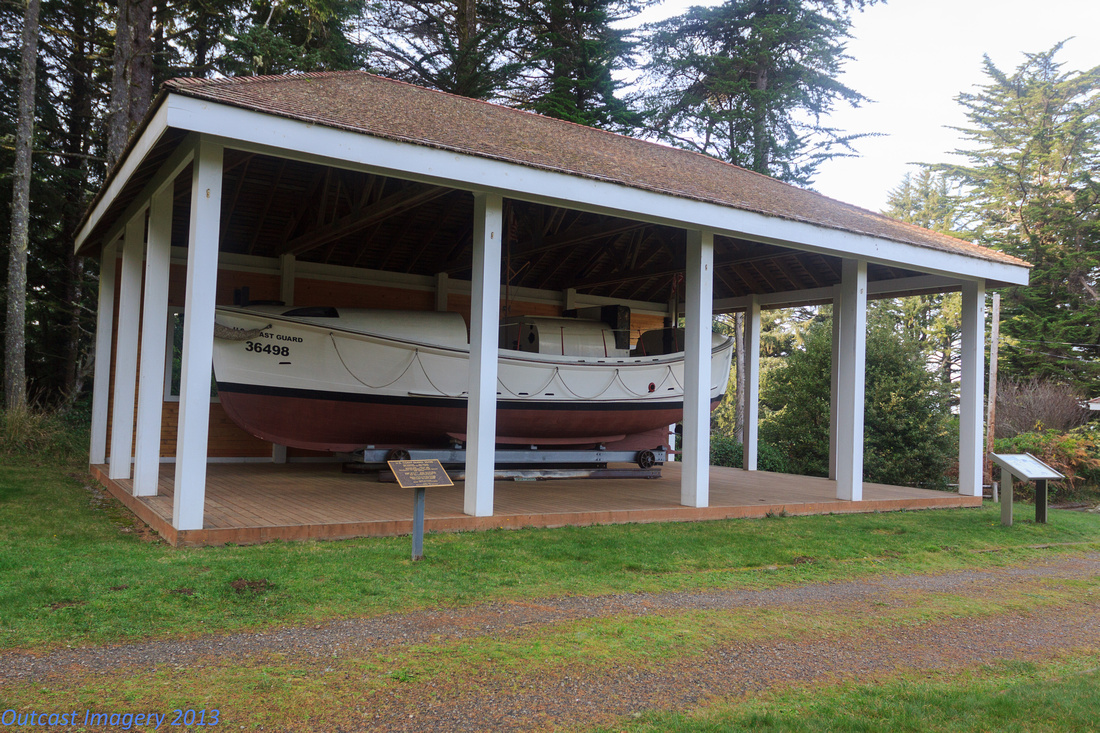 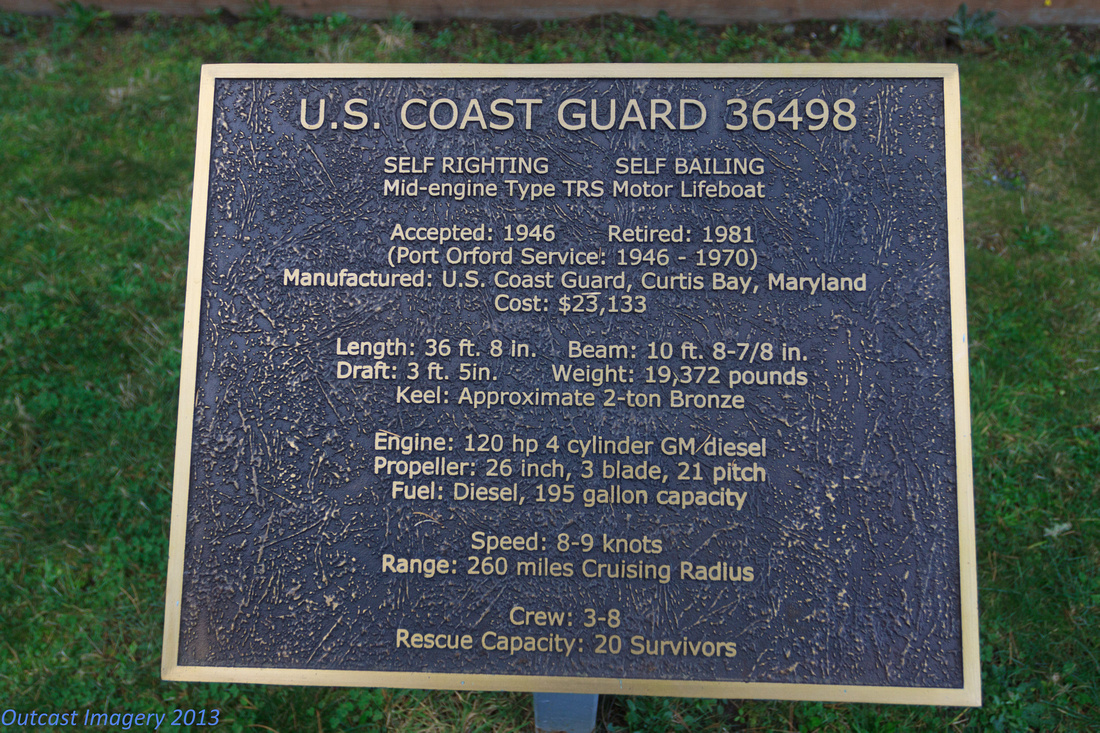 We decided that Cape Blanco SP was the place to be so we stayed a second night.  The weather was going to change and it did.  We awoke sunday morning with wind blowing through the trees and the rain hitting the roof.  It was good trip and we had great weather.  Got to spend some time in areas that we hadn't previously spent any time in and enjoyed the time spent in our second home.

Our campsite at Cape Blanco. 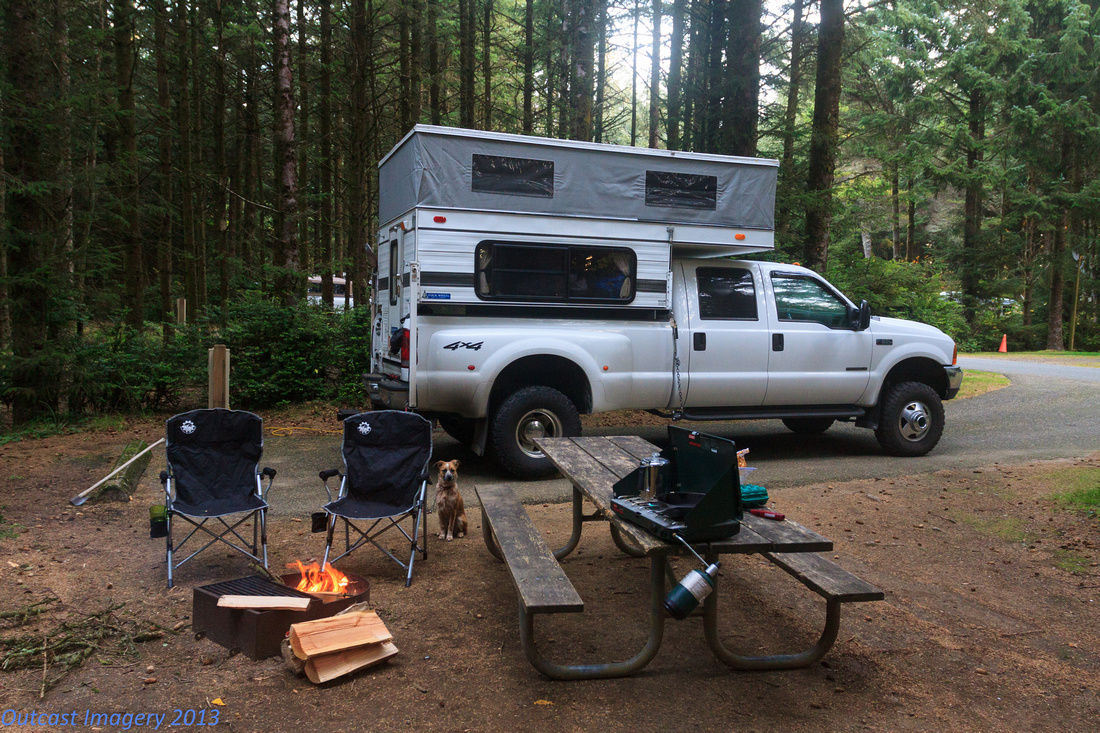 This will probably wrap up our camping for a couple months.  The to do list at home is piling up, daylight is scarce and besides, our normal weather will eventually get here...which it did.