With an extended weekend for Veterans day, it was time to hit the road and get away for a few days.  I really didn't have a plan.  North coast, south coast, east...  I guess we'll figure it out when we climb into the truck Saturday morning.  Since the forecast was hinting at rain on the west side we decided to head east where it would be drier.  The older I get the more I loath the rain and winter.  I had a semi plan but nothing was in stone.  I wanted to go to places that I haven't been to before...

We headed north on I-5 and crossed the Columbia and headed east on SR14.  I have never driven that highway and it seemed like a good way to start off instead of taking I84.  So we made our way east with some stops along the way.

Looking east and at the mouth of the Deschutes. 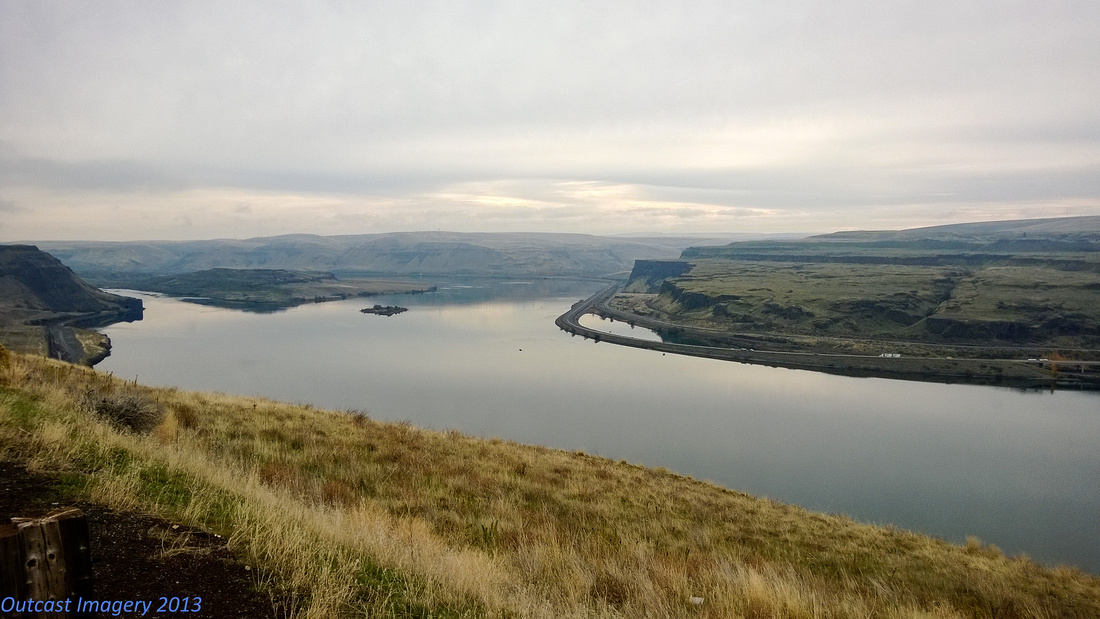 We stopped at Stonehenge, a war memorial which was fitting given it was Veterans Day Weekend.  Thank you to all those who are/have served our country. 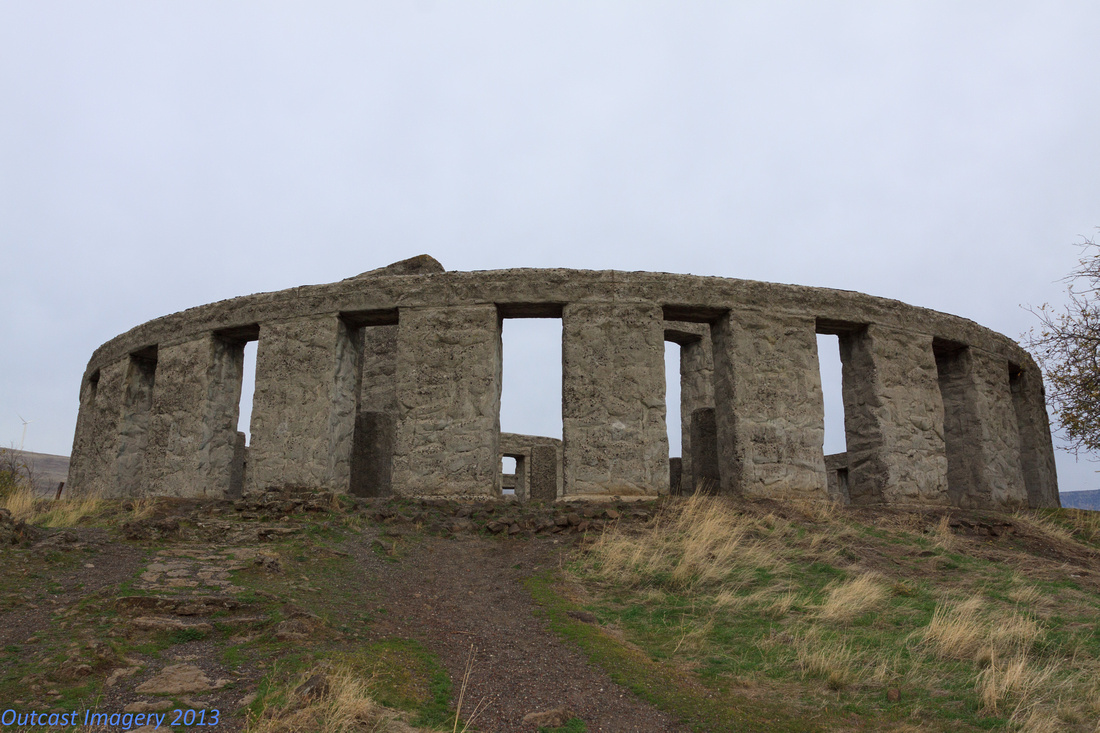 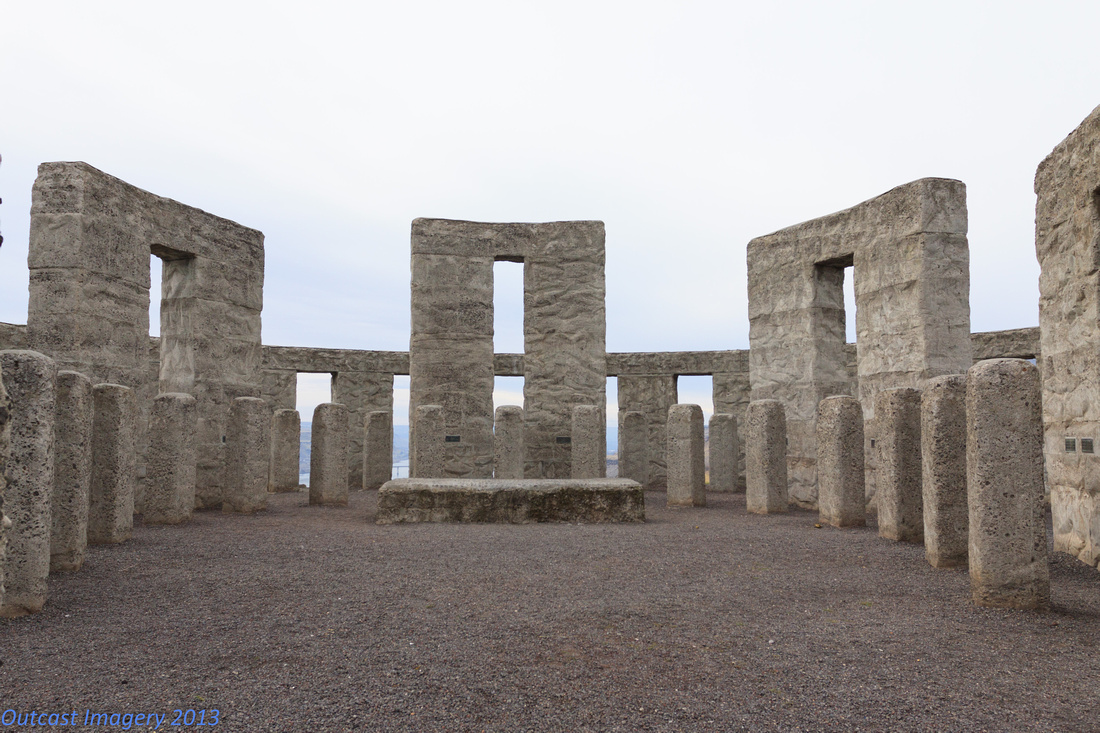 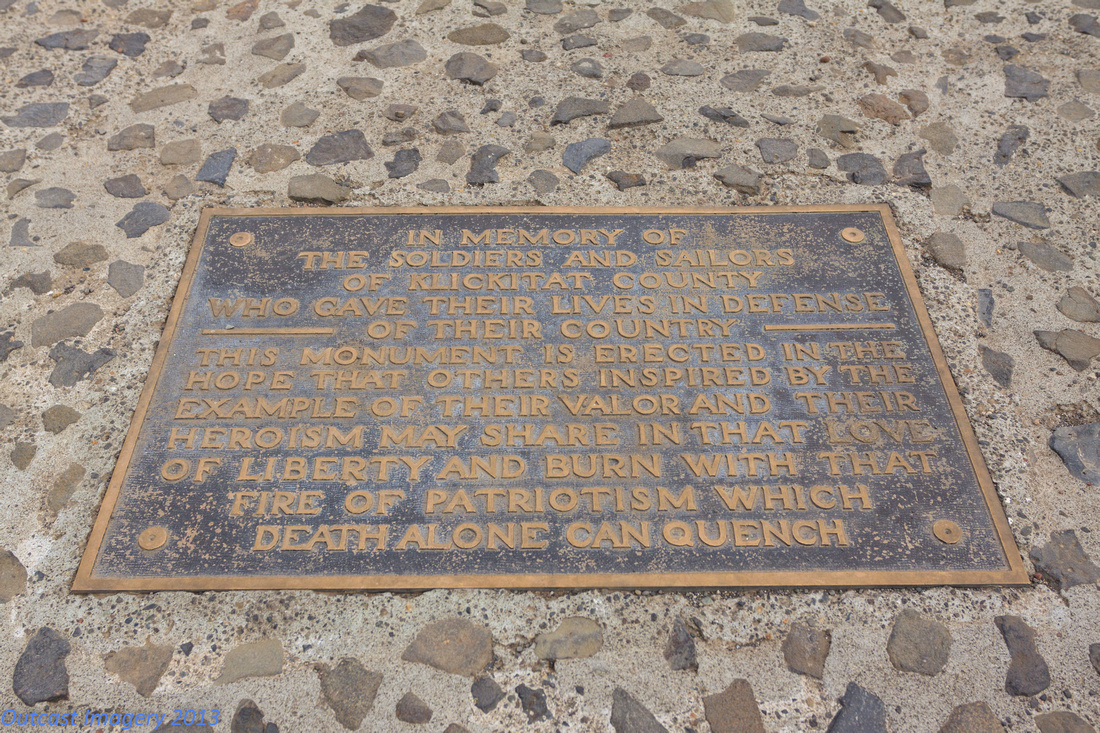 From here we crossed back into Oregon at Biggs and headed south on 97.  Oregon State Parks recently built a brand new park along the John Day river at Cottonwood Canyon. New parks don't happen to often so we headed that way to check it out for maybe a future stay. Since it's new there isn't much there so we didn't stay in the campground although there were a few folks camping. 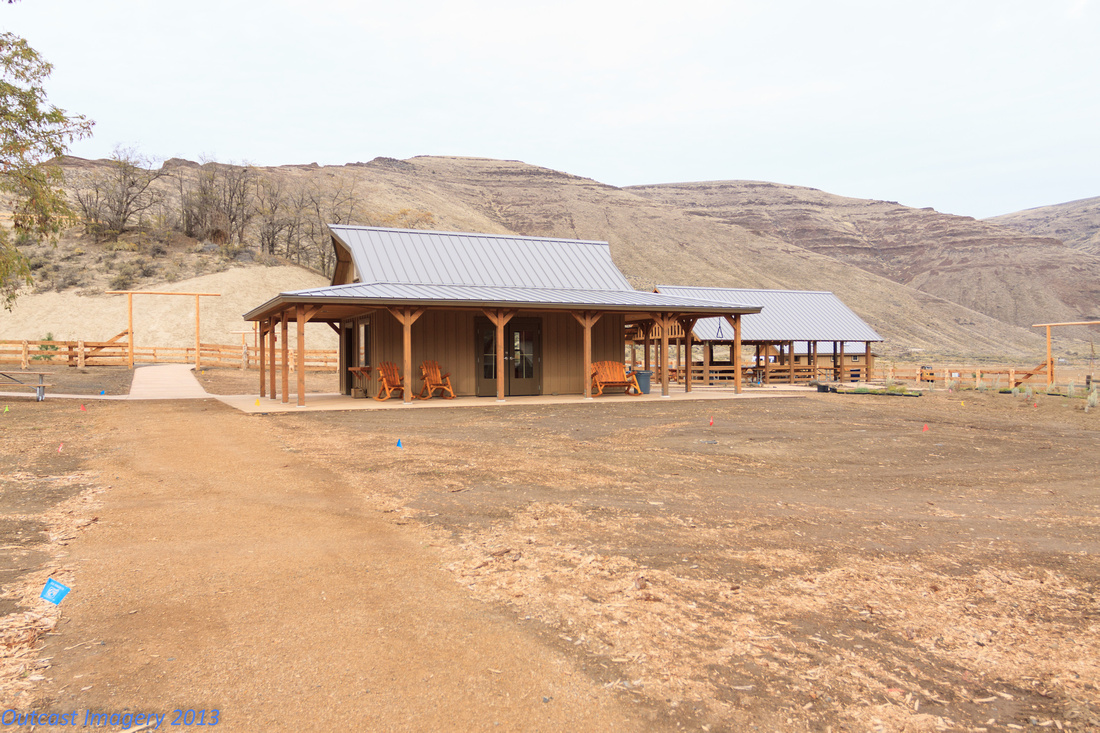 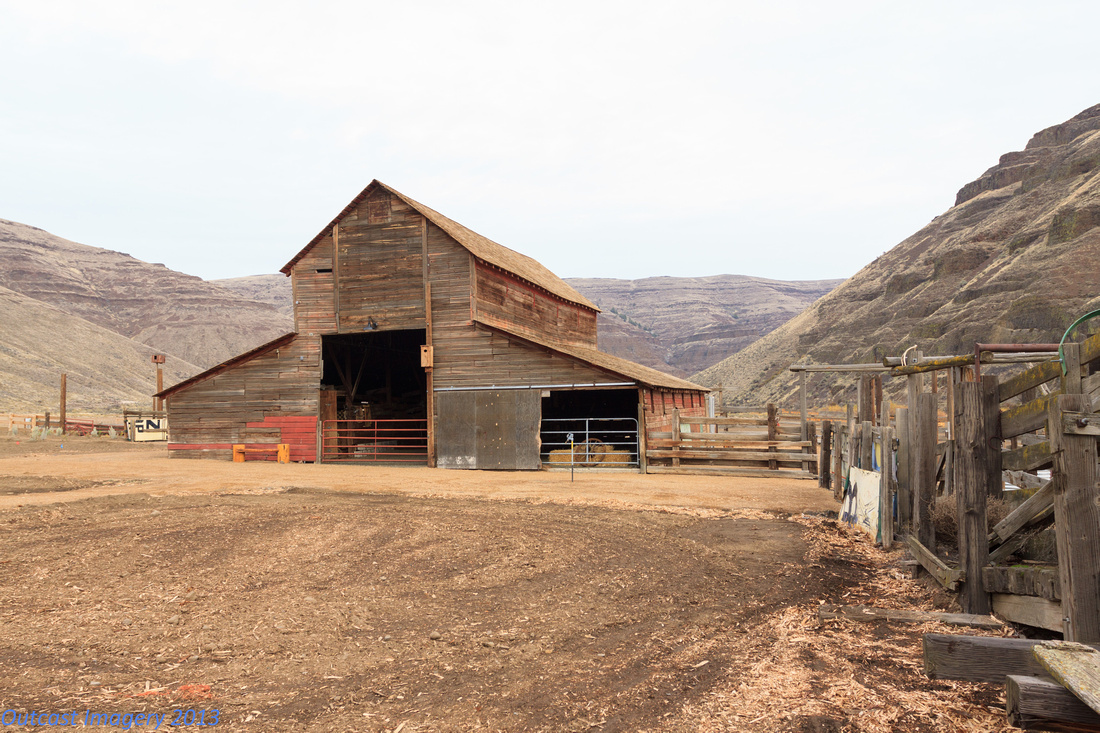 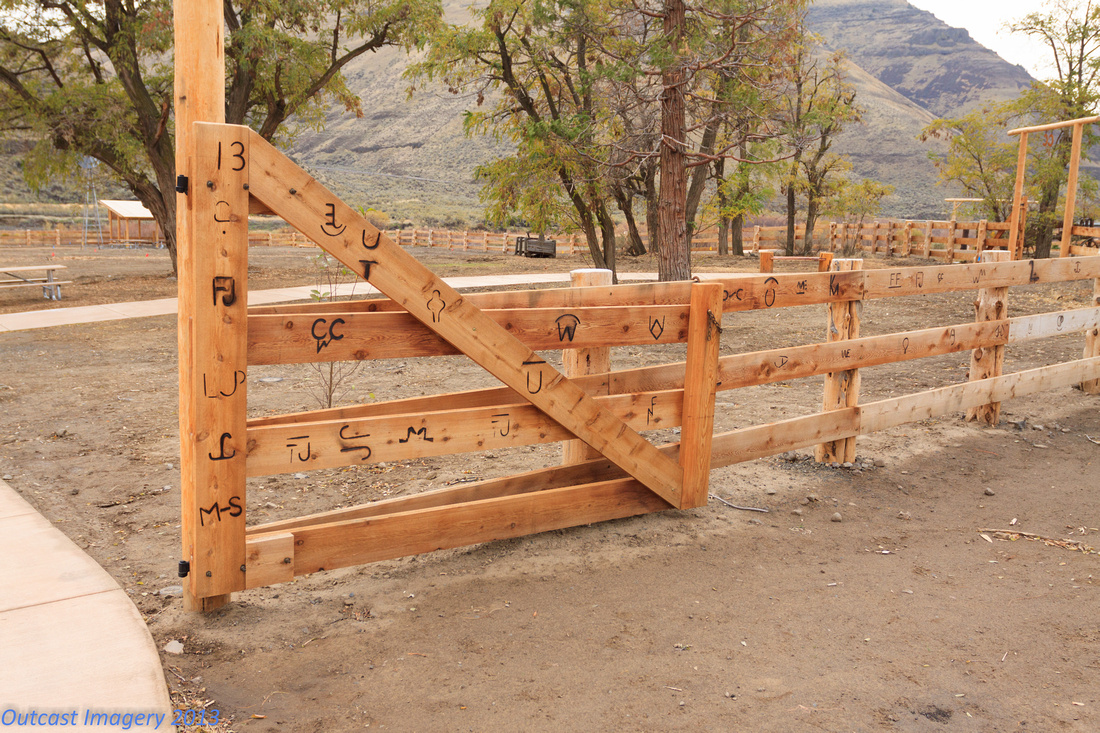 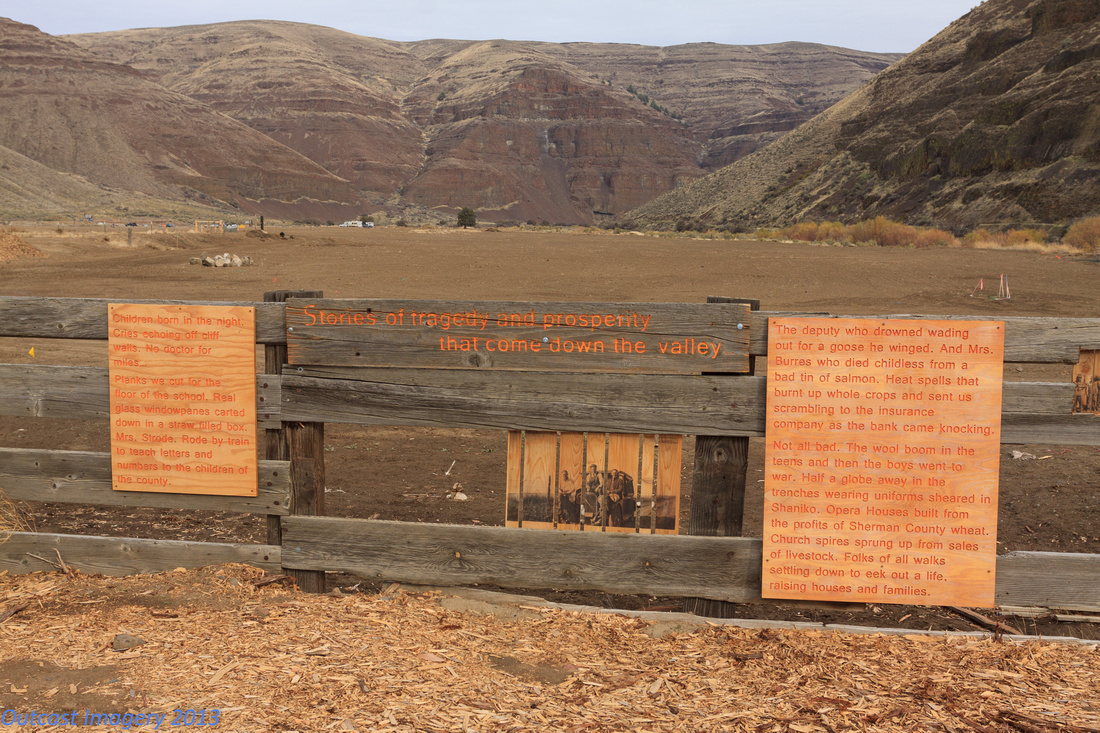 We made our through Condon and Fossil.  I was anticipating staying the night at the Shelton State Wayside CG which was near Rowe Ck Road which would be the back into the Painted Hills Unit.  When we got to the CG, it was closed. Luckily in some of the loose planning I did, I knew if we headed toward the Painted Hills, there was a small camp along the John Day River where a lot of floaters launch so we kept on going.  There were 3 other campers at the CG when we arrived and we elected to stay the night on the gravel bar right on the rivers edge. 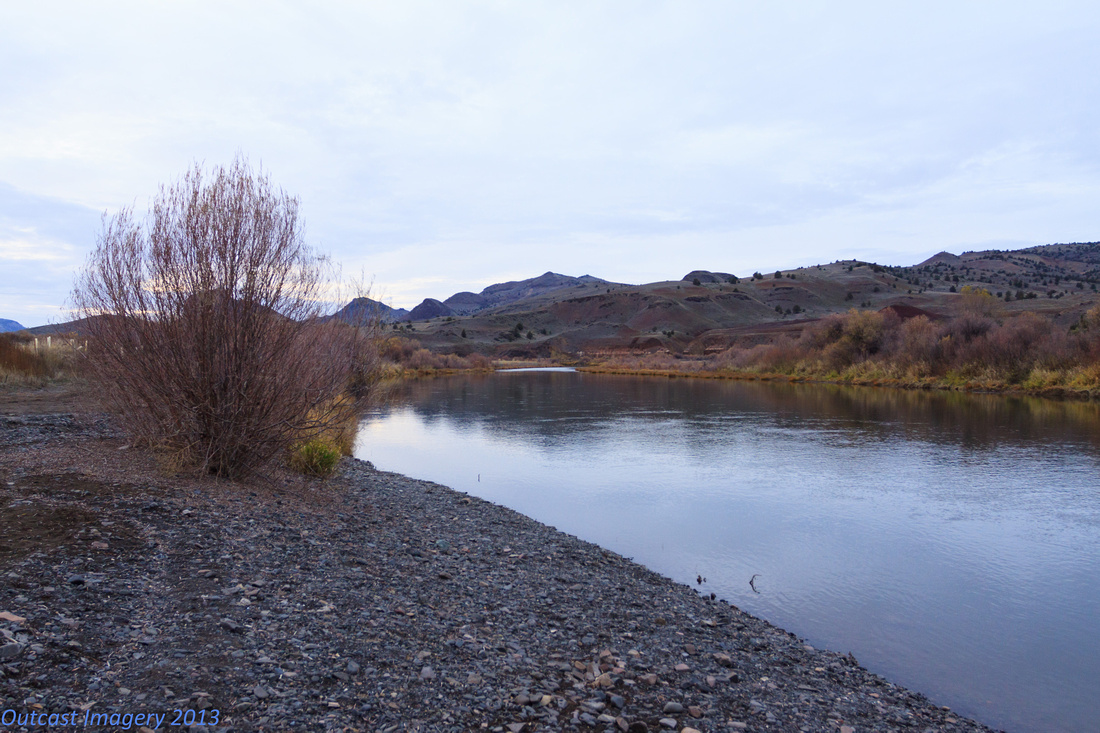 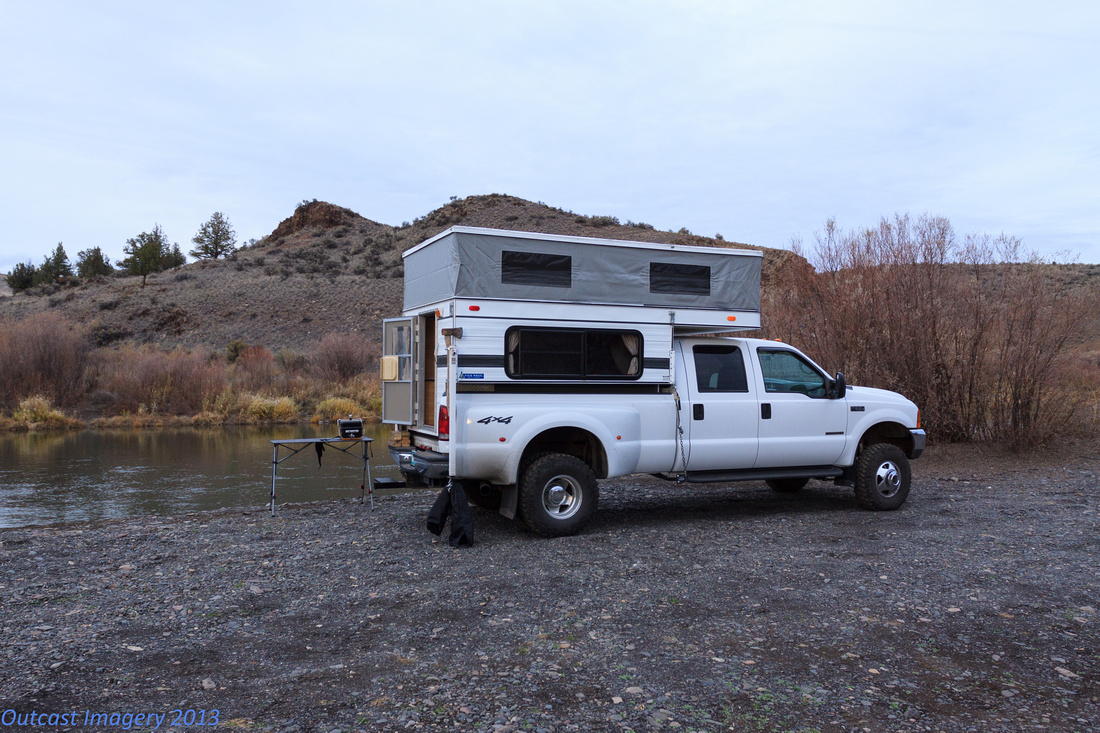 It turned out to be a great place to stay and all of us that there were far enough apart that we felt all alone.

In the morning after breakfast we made our way to the Painted Hills.  Some of the locals...

We walked and hiked every trail in the unit.  It took most of the morning and into the early part of the afternoon.  The texture of the soil I found interesting. 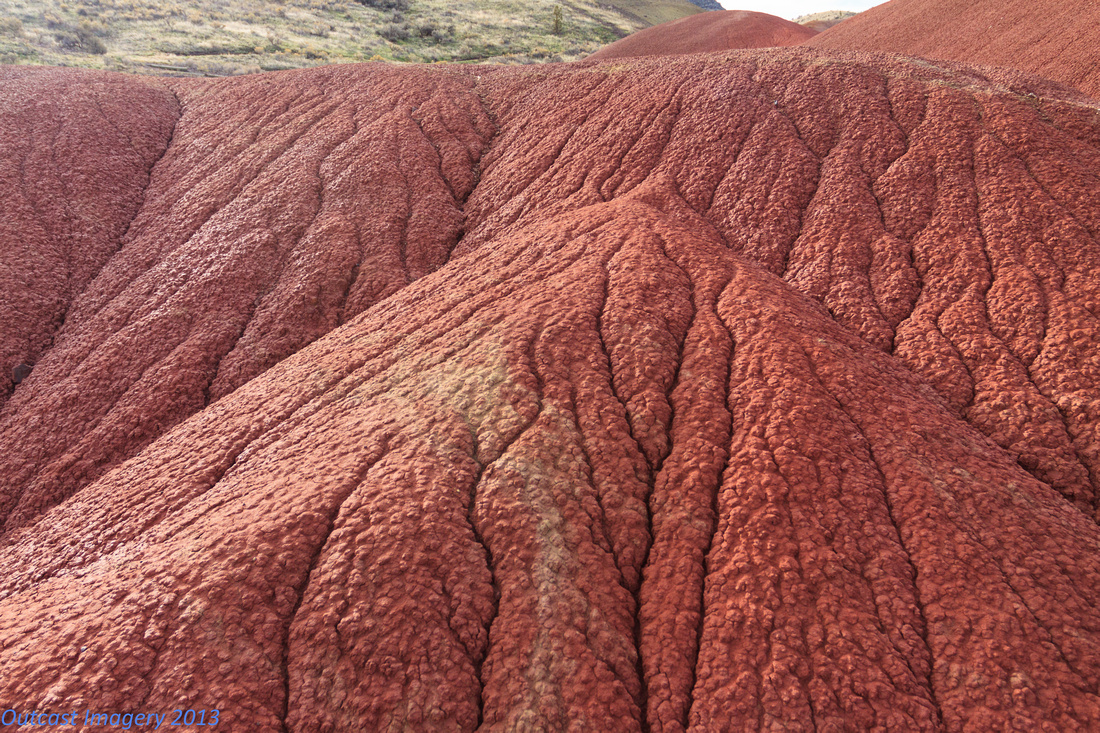 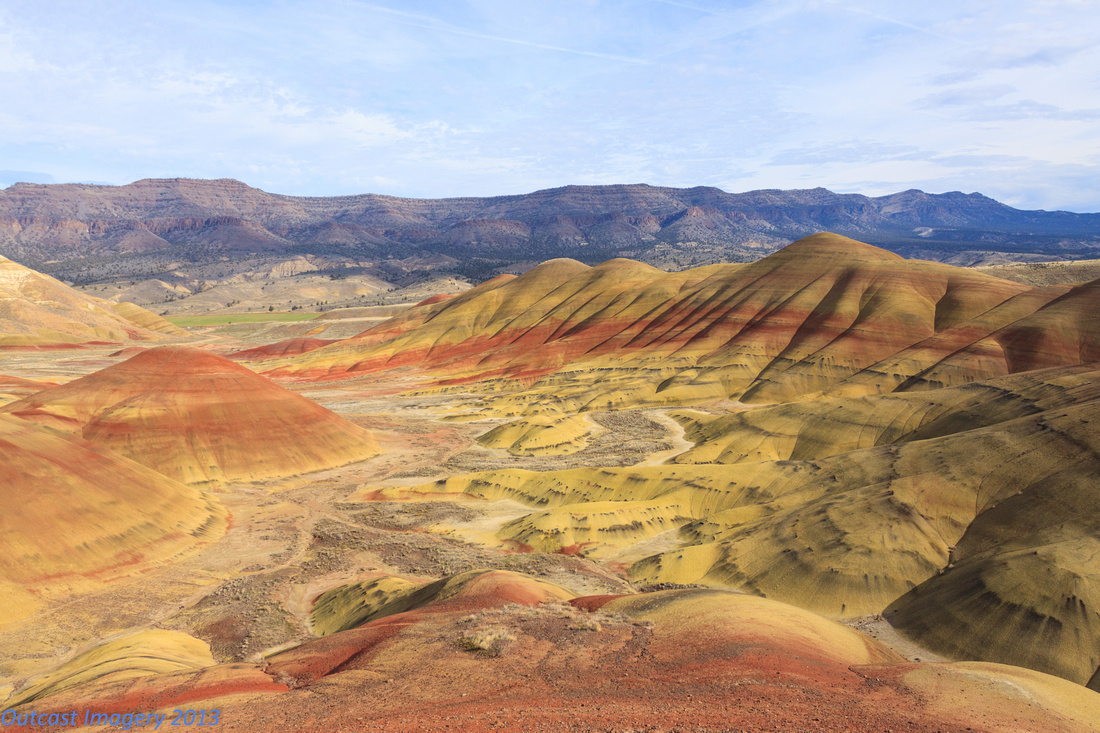 The View from Carroll Rim... 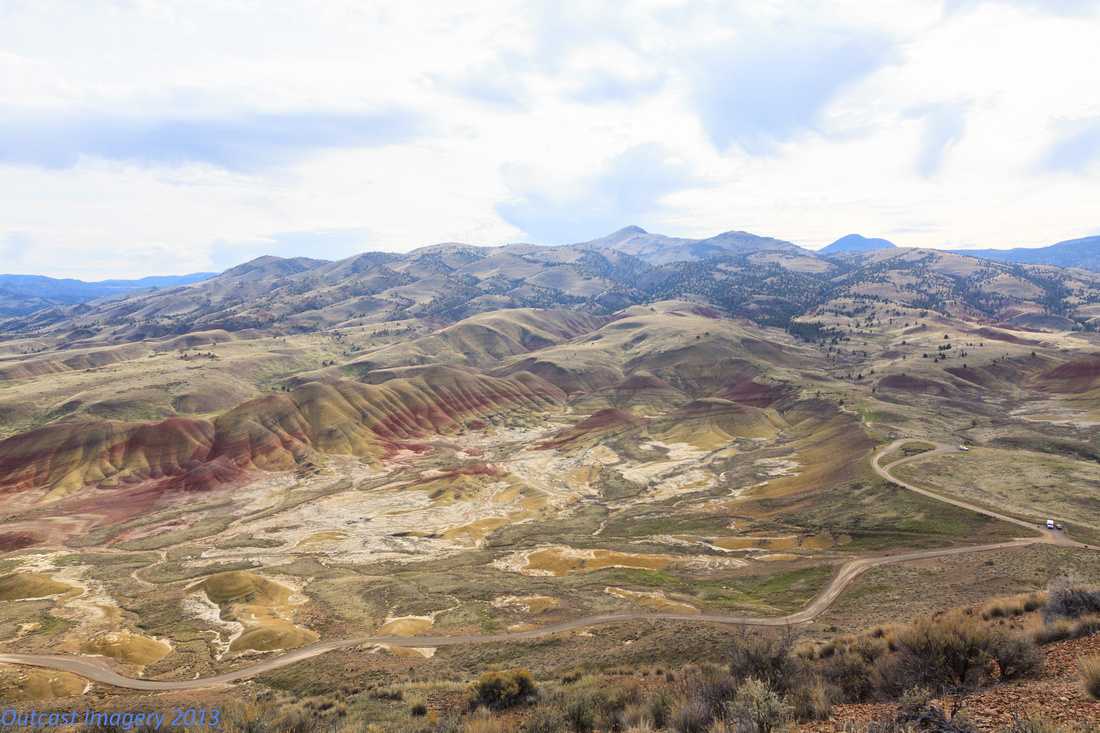 From here we had no plan.  We headed through Dayville where I picked up a small can of coffee since I forgot to grind some beans before we left.  I'm an admitted coffee snob but the Folgers hit the spot! It's now my official "camp" coffee.  From Dayville we head out on the South Fork Road figuring since it paralleled the South Fork of the John Day finding a place to camp should be pretty easy.  Well there is a lot of private property along the south fork is turns out.  We kept driving and at just about dark we finally found a spot along the river.  We even had some left over firewood from the hunting camp that was there before us. 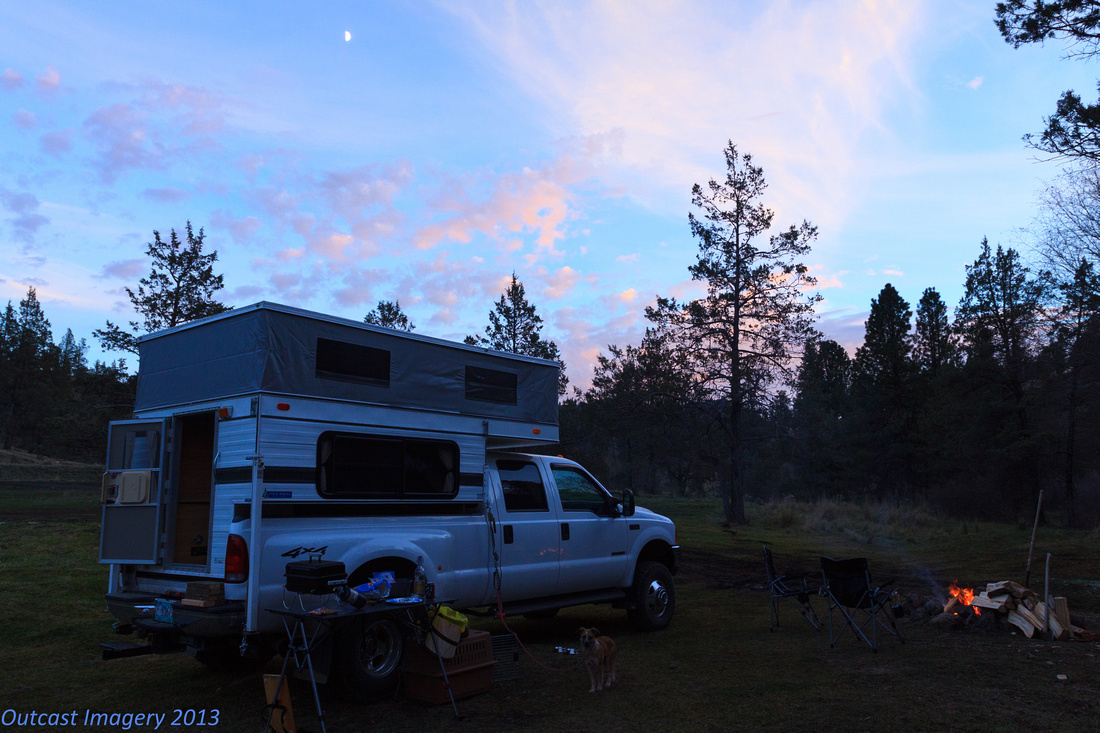 This day had been pretty nice and the sky was clearing as the day wore on.  How cold it would get over night left me wondering... We were cozy in the camper bed but it felt pretty chilly when we awoke at daylight.  When we started to stir, Melissa's pillow had frozen to the canvas.  Even the outside spigot had frozen in this hard frost. 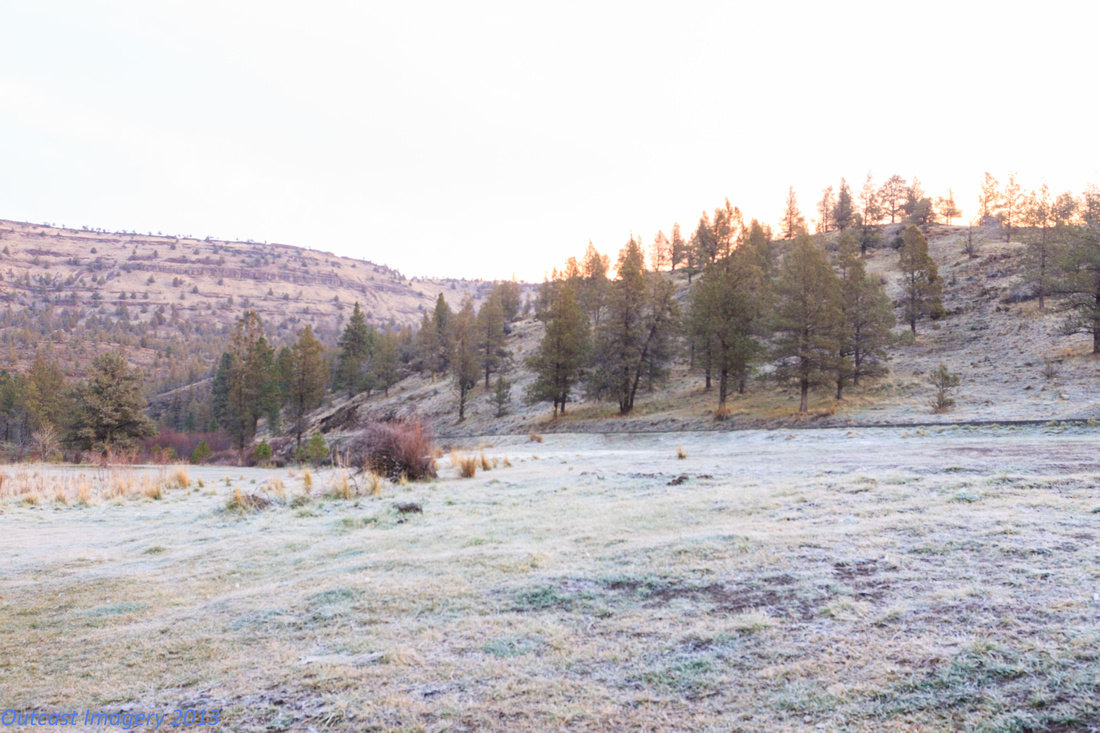 During breakfast we decided we didn't want a full day of driving like the last 2 days.  Let's get to camp around 1:00 and just relax was the suggestion and a good one at that.  Looking at the map, getting to the Muary Mountains in the Ochoco's should meet our timeline.

On our way we passed the South Fork Falls. 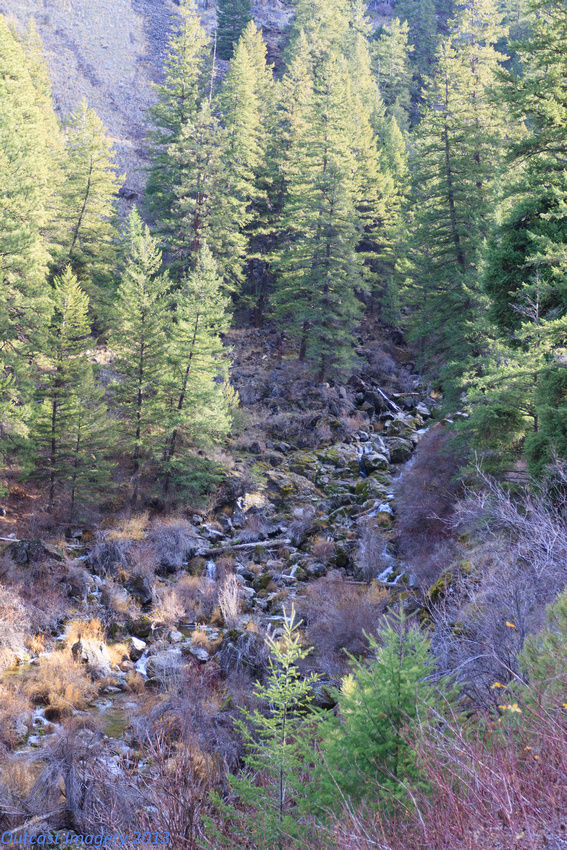 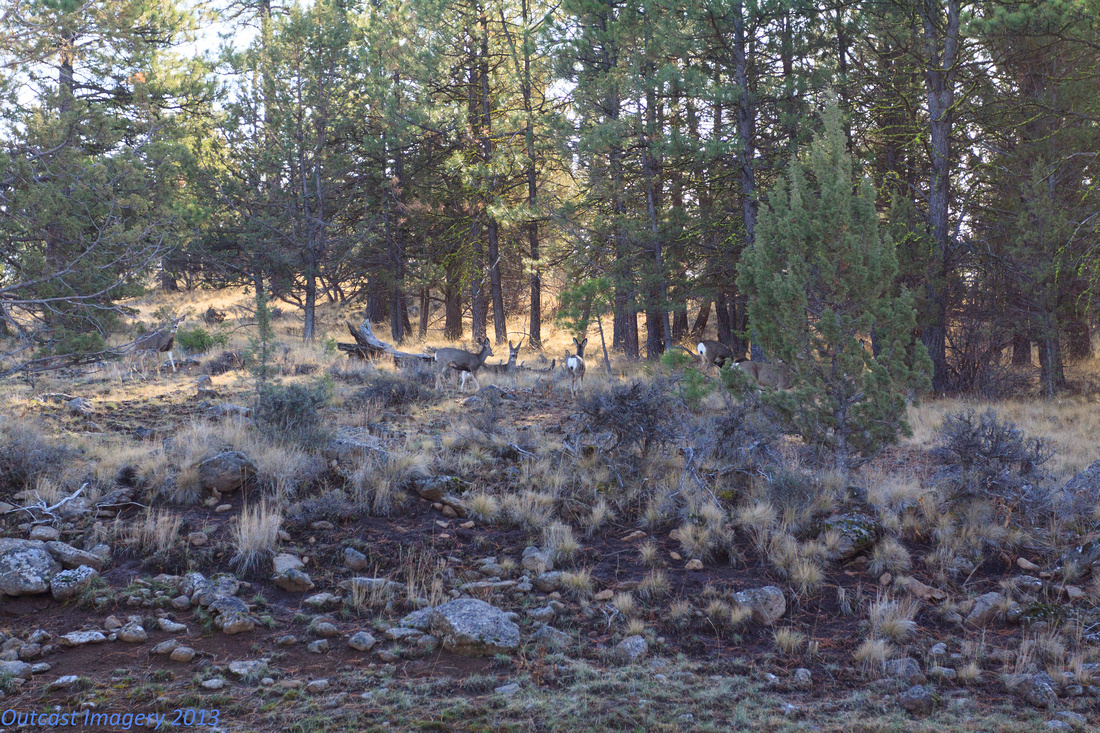 We arrived at Elkhorn CG around 1:30.  First Season Elk was done and we had the little CG all to ourselves and a good supply of split-able firewood.  Time to kick back, pour a rum and coke, and enjoy the nice weather and surroundings. 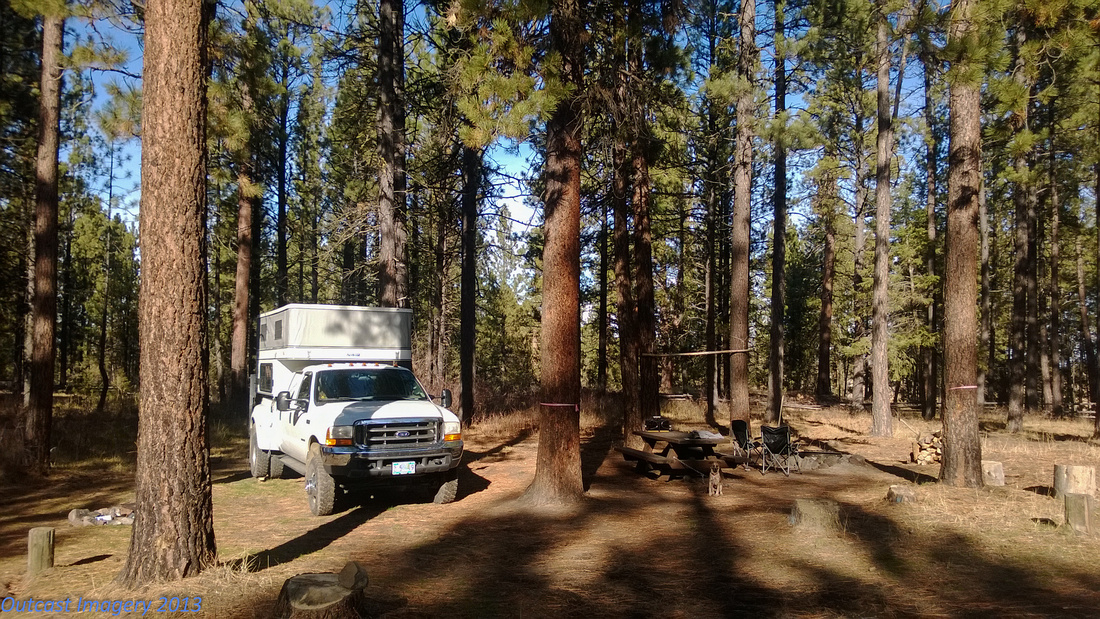 This night didn't get cool, in fact it was fairly warm overnight so no frozen pillows.  Of course I can't give a camping report without at least one foodie...Last camping breakfast... and a possible Cablea's ad.  Haha!  We didn't go all out on the food for this trip and most of the dinners were made in the dark so not many photos that were worthy of posting. 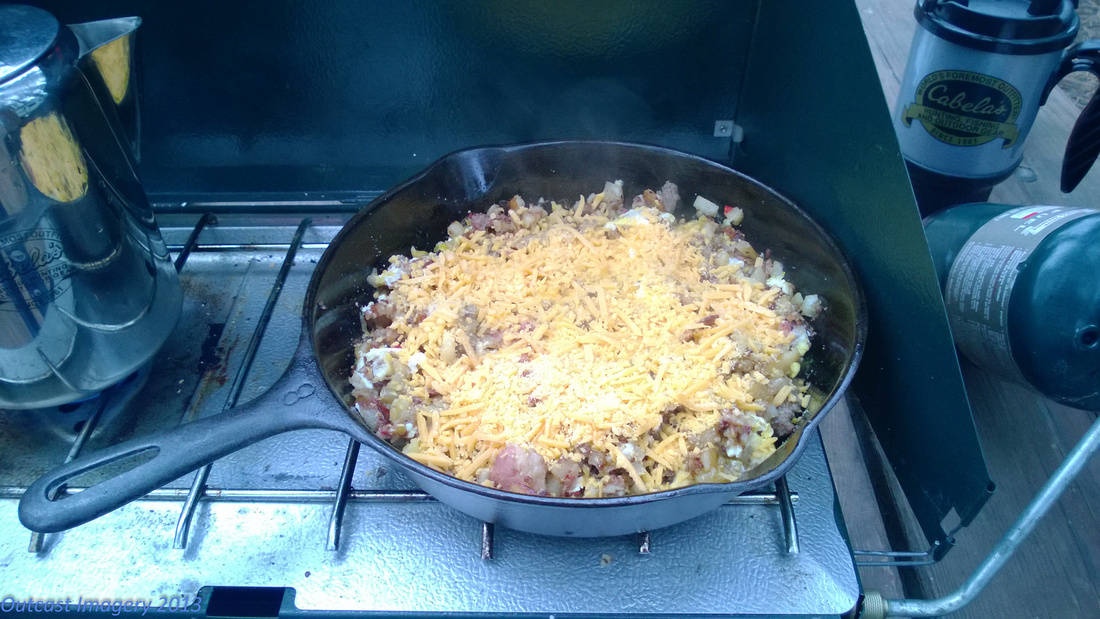 It was a great trip and exactly why I've got the camper I do.  We covered some ground and spent some time out in the back country on gravel roads with no real direction.  For a 1.5 days of the trip we saw 6 vehicles.  We saw over 50 deer, a herd of antelope, a pair of eagles, and some gorgeous landscape.  Cell service was spotty most of the trip although we had 4G at Elkhorn CG...Go figure.

Oh and Kokanee seems to enjoy the wanderings as well... 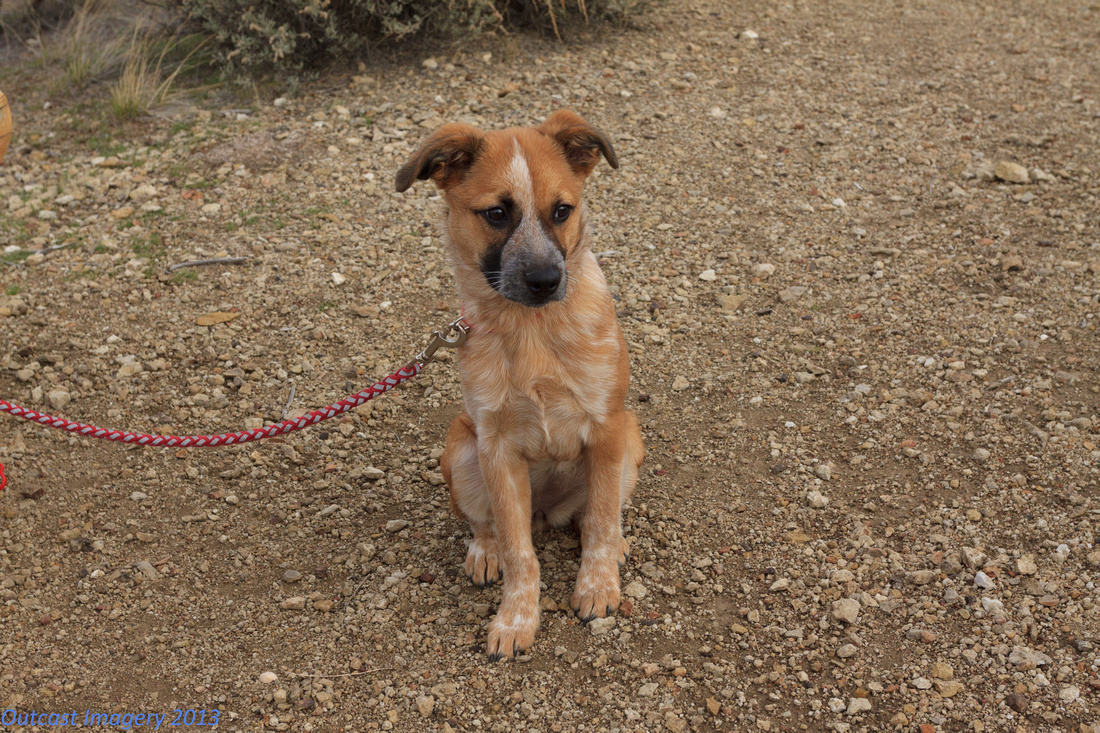 Thanks for reading another chapter of what I now call my "dirt road diary". - Rich